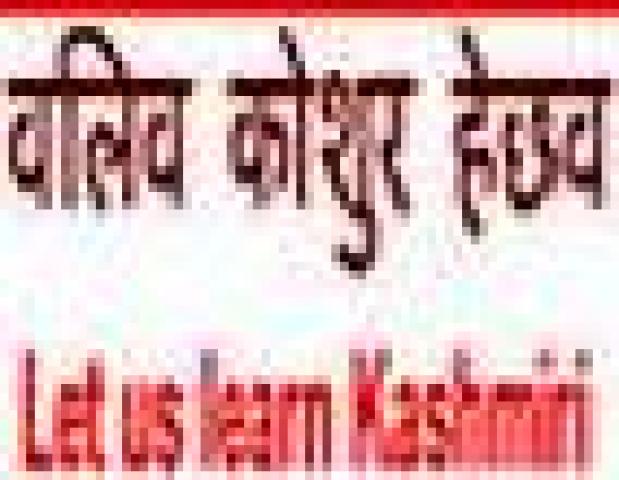 Adbee Markaz Kamraz (AMK) has taken strong exception to a sinister campaign launched by some elements against the popularization of Kashmiri language in the state at official level.

In a statement AMK General Secretary Syed Shujaat Bukhari has said that while the organization believes in promotion of all regional languages in accordance with their due, but this goal by the promoters can not be achieved by launching a tirade against the Kashmiri language. “It has been due to the tireless efforts of AMK and other organisations working for promotion of Kashmiri language and culture that the government has given due consideration to introduce it in schools and give it a rightful place” he said adding that it is the constitutional right of Kashmiri language to get its due place. It is the language of the majority of people in the state and it cannot be discriminated against. AMK, he said is indebted to the successive government for recognizing the discrimination with the language and taking steps to introduce it.

But at the same time certain elements who have become the leaders and propounders of  some other regional languages are asking for “their due” by attacking the Kashmiri language. He said that these “self styled” people have been criticizing the Doordarshan, Radio Kashmir and for giving Kashmiri language its due share in the programmes etc. which is not intolerable at all. “These people should desist from such tactics and not force the lovers of Kashmiri language to rise to the occasion and fight them back”, he said urging these organisations to not to fall prey to the arm twisting tactics of these elements and take their decisions on the basis of merit.