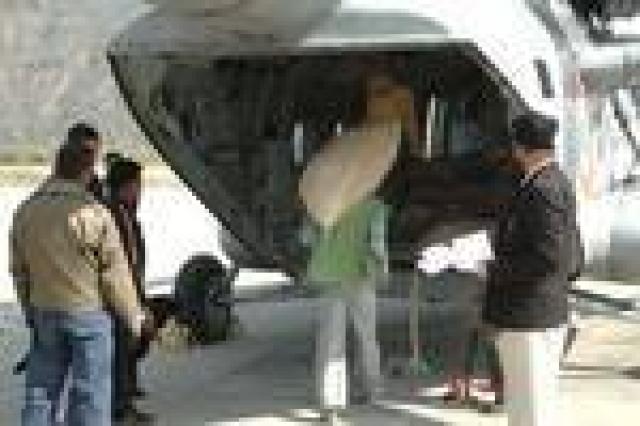 Srinagar, May 12 –  All arrangements have been put in place for the final phase of voting on Wednesday on May 13 in Baramulla and Ladakh Parliamentary constituencies (PCs), said Chief Electoral Officer (CEO), J&K, B. R. Sharma.He said on Tuesday that lifting poll parties to far-flung and remote areas was the most challenging job in this phase and nearly 56 air sorties were made to air-lift men and material to these polling stations.

Mr. Sharma said besides 5 Election Observers, about 273 Micro Observers have been deployed and 54 video and digital cameras installed which will record critical developments to ensure polling is held in a fair and transparent manner.

Mr. Sharma said that for 97 polling stations in far-flung areas of Gurez, Karnah, Keran, Macchil, Zanskar and Nobra, men and material have been despatched by using MI 17 and Cheetah choppers. He said some sorties to Gurez and Zanskar had to be made since the road to these two areas is still closed due to heavy snow. “For the last 5 days, 4 MI 17, 5 Cheetah helicopters besides State-owned chopper have been pressed into service. Nearly 56 sorties have been made to position poll parties and election-related material at these polling stations”.

The CEO said that over 100 Zonal and Sectoral officers have been deployed to monitor poll process. “These officers have been assigned responsibilities for monitoring mock poll and day-long polling process at polling stations and they will submit their reports after polling concludes”, the CEO said, adding that 8,000 poll personnel have been deployed at all the polling stations for election duty.

In order to take prompt remedial action on complaints, Mr. Sharma said that a detailed Communication Plan has been operationalized. He said some polling stations have been set up at difficult terrain and polling staff have to walk long distances to reach their destination.

As many as 10,52,971 electors, including 5,49,111 male and 5,03,860 female voters, will decide fate of 13 contestants spread over 15 Assembly segments of Baramulla Parliamentary constituency tomorrow. Around 1,468 polling stations have been set up to facilitate voters on the day of polling.

In Baramulla Parliamentary constituency, Bandipora will vote in Parliamentary elections for the first time as independent district.

Likewise, in Ladakh constituency, 1,52,495 electors, which include 77,947 male and 74,548 females, will decide fate of five contestants spread over 4 Assembly segments. As many as 476 polling stations have been established for voters on the day of polling.