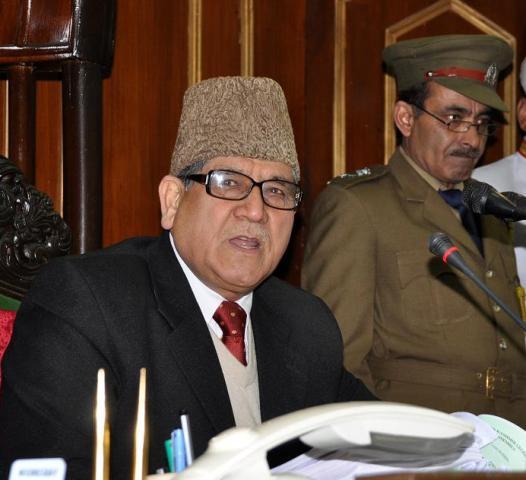 , March 10 (Scoop News) – Speaker Mohammad Akbar Lone today directed the government not to terminate SPOs as per the whims of police officers while stressing on adopting proper rules for the same.

He also asked the government to consider extension of SRO 43 benefits to NOKs of SPOs in case of their death and enhancement of their remuneration to Rs 6000 per month.

The Speaker issued the direction when CPI (M) legislator alleged in the House today that police Superintendents and Deputy Superintendents adopt whimsical approach in terminating services of SPOs. He said the SPOs despite playing vital role in security of the State aren’t even entitled to casual leave.

The House today also unanimously decided to continue the session during the off days from March, 25 to 31, 2011.

Separate revised calendar will be issued accordingly to pre-pone the business.