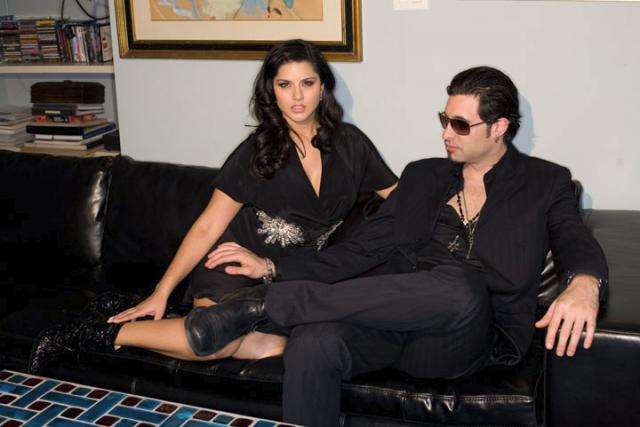 Sunny Leon is among the very few Indians who rule the adult film industry in America. Karen Malhotra or better known as Sunny Leone is a famous Adult star who was born in Sarnia, Ontario, Canada to Punjabi Sikh parents from India.When she was 15 years old, her parents moved to California, USA. As a college student she was first introduced to agent Jon Stevens by a class mate.Penthouse photographer Jay Allan offered her to shoot for the magazine.She gladly accepted it. Explicit Photos of Sunny in adult magazines like Hustler, Swank made her famous. There’s been no looking back since. She is famous for her hot & sexy body and acting skill.Sunny also had small appearances in mainstream movies like “The girl next door”. She was also invited at many TV shows as a guest.

Now she is in India to participate in Big Boss 5 the  Indian version of the reality TV show Big Brother. Daniel Weber, the CEO of the Sunlust pictures who is also a guitarist with a rock band called THE DISPARROWS, rumors that he is engaged with Sunny, said, "She wants everyone to know how happy she is to be in BB5 and love all her fans a support." This season is hosted by Bollywood actors Salman Khan and Sanjay Dutt.