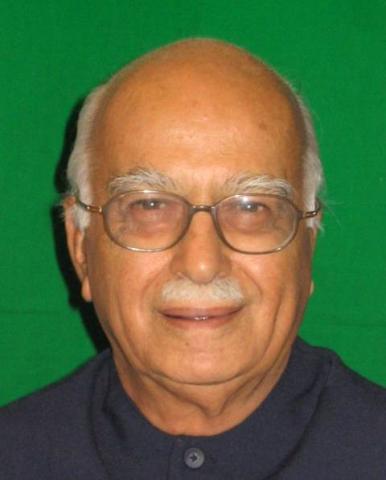 In a politically crucial move, the leader of the Opposition, Mr L.K. Advani, accompanied by his wife, Ms Kamala Advani, called on the Congress President, Mrs Sonia Gandhi, at her 10, Janpath residence on Saturday. He made the visit apparently to greet Mrs Gandhi on Holi and present her with a copy of his recently launched autobiography, My Country, My Life. Separately, Mr Advani also called on the Prime Minister, Mr Manmohan Singh to greet him on Holi.

Mr Advani’s book has critical references to Mrs Gandhi on several issues, including her foreign origins and her role with regard to Italian businessman Ottavio Quattrocchi. He even bitterly criticised her for making her 10, Janpath residence the more influential address than the Prime Minister’s 7, Race Course Road residence here. Mr Advani stayed at her 10, Janpath residence for about 15-20 minutes.  For the 10 years that Mrs Sonia Gandhi has been in politics, Mr Advani’s relations with her were hardly good. Interestingly, Mr Advani also regretted that there was lack of communication between him and Mrs Sonia Gandhi and there was no response from her to his invitation to attend the function to release his book. Mr Advani also called on the former prime minister, Mr Atal Behari Vajpayee, to wish him on Holi.

The 83-year-old leader, looking hale and cheerful, accepted greetings and was also seen making brief responses to the guests during his hour-long appearance at his residence.  The festivities at Mr Advani’s residence were at a high with top Central and state leaders gathering to extend their wishes to the party’s prime ministerial candidate. Mr Advani and his family members danced to songs as journalists joined them.