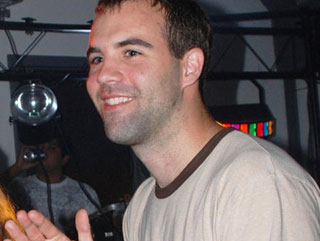 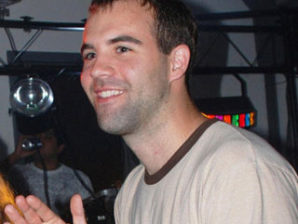 Glenn Duffie Shriver seemed like an average college student—majoring in international relations at a college in Michigan and interested in seeing the world. During his junior year (2002-2003), he attended a study abroad program at a school in Shanghai, People’s Republic of China (PRC). He developed an interest in Chinese culture and had considerable proficiency in Mandarin Chinese, so after graduating from college in 2004, he returned to the PRC to continue his language studies and to look for work.
Around October 2004, Shriver—living in Shanghai and financially strapped—responded to an English ad offering to pay individuals to write political papers. A woman named “Amanda” contacted him, met with him several times, and then paid him $120 to write a paper. A few months later, she reached out to Shriver again, saying she thought the paper was good and asked if he’d be interested in meeting her associates. He agreed.
Amanda introduced him to two associates who said they were interested in developing a “friendship” with him and who began suggesting that he consider applying for U.S. government jobs. Eventually, Shriver realized that the men and Amanda were affiliated with the PRC government; nonetheless he agreed to seek a government job. Over the next few years, that’s exactly what he did—receiving a total of $70,000 in exchange for applying for jobs—until his scheme was uncovered and he was arrested by the FBI in 2010. He ultimately pled guilty and was sentenced to four years in prison.

The FBI—as the lead counterintelligence agency in the U.S.—has ramped up efforts recently to educate American university students preparing to study abroad about the dangers of knowingly or unknowingly getting caught up in espionage activities.

How do foreign intelligence officers routinely interact with students?

What can students to protect themselves while studying abroad?

Above all, keep your awareness level up at all times. “A keen awareness,” said Glenn Duffie Shriver in a warning to other students, “is the most powerful weapon [against being recruited].”

And when you return to the U.S., report any suspicious activity to your local FBI office. You can also contact your local U.S. Embassy or Consulate while abroad.

What the FBI fails to mention is the use of numerous other methods of recruitment including the use of “honey traps” (using sexy women to entice young men to commit espionage), “blackmail” and “extortion attempts” which are quite common as recruitment tools used by foreign intelligence agencies against students travelling abroad and members of the military serving overseas…

These same techniques are used, not only against students but soldiers and businessmen as well.

See also: Digital espionage are you at risk https://groundreport.com/digital-espionage-are-you-at-risk-2/