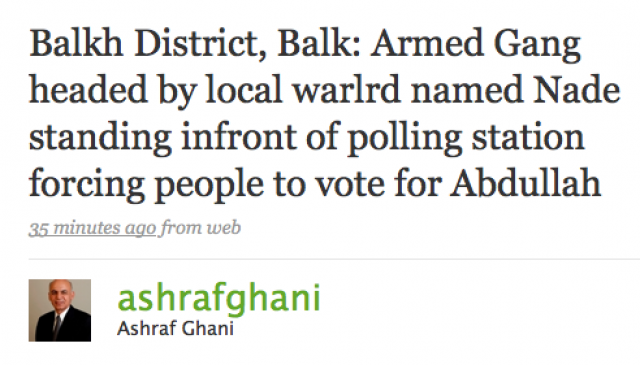 Today as Afghanis flooded the polls amid a government ban on media coverage, citizen journalism came from a surprising source: one of the candidates. 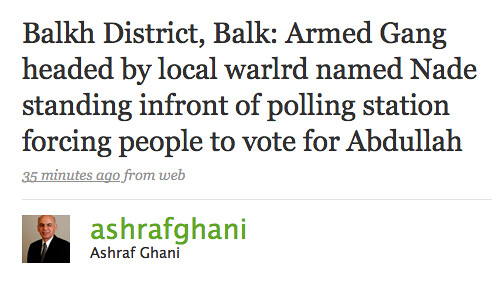 Ashraf Ghani is a deeply educated technocrat who has appears to have modeld parts of his campaign on that of President Barack Obama. A week ago, The New York Times said Ghani was "shaking up the campaign before Thursday’s election in unusual ways," and noted he had hired strategist James Carville as a consultant.