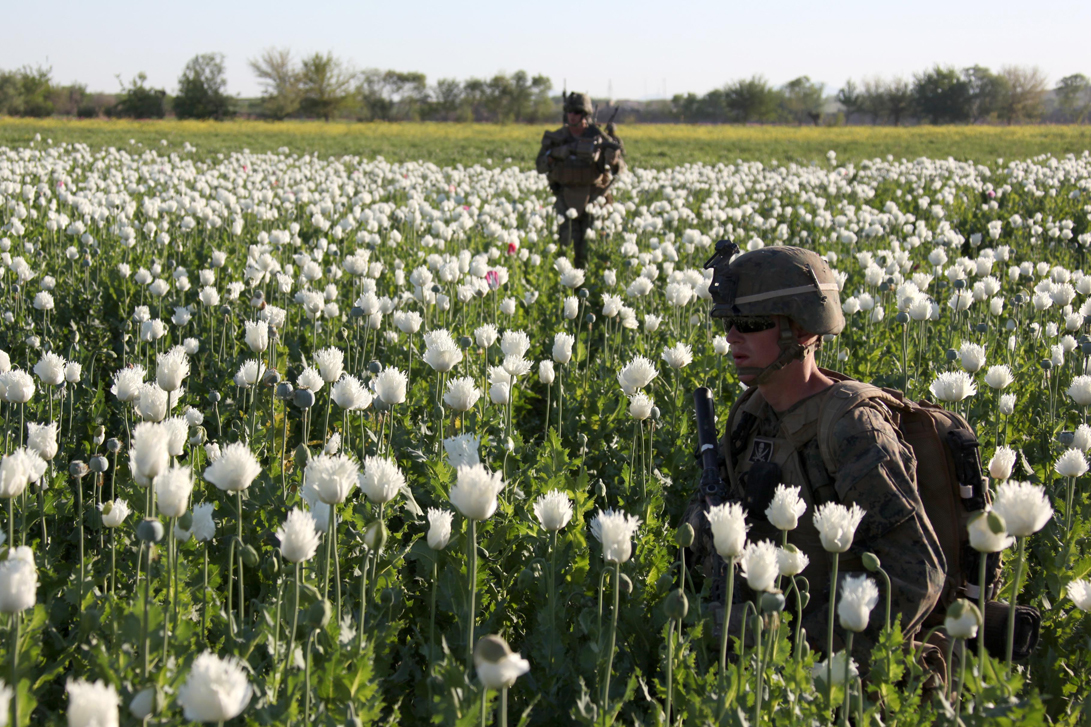 US troops shoulder deep in Poppy field in Afghanistan.

“Afghan clarity”, is an article I wrote in Oct 2011 that was published in the Hays Daily News. At the time it sparked quite the debate in my small town of LaCrosse, Kansas (population 1298) – with everyone talking about it at the local diner and coffee shop.

“Letter to the Editor,

I would like to clarify a few points regarding the recent editorial by Patrick Lowry in The Hays Daily News on Friday called “Afghan Milestone,” marking the 10-year anniversary of the U.S.-led military occupation of Afghanistan.

Lowry estimated that the number of American killed in Afghanistan, over the 10-year period was more than 1,700 in his editorial. A more accurate figure would be closer to 1,800, as reported by PBS “News Hour,” the Seattle Times and other news organizations.

Lowry stated that the number of troops in Afghanistan is currently at 100,000. A closer estimate is around 102,000, according to the latest Pentagon budget documents I have seen.

Lowry stated that President Barack Obama is on track to keep his promise of the withdrawal of 70,000 U.S. troops from Afghanistan by 2014.

That figure is a guesstimate. It will of course “depend on conditions on the ground,” according to Obama.

Lowry was right in saying that “the U.S. invasion has done little to change the volatile nature of Afghanistan.”

I would go farther and say that, in many ways, the situation is far worse in that country than before the U.S. invasion and occupation.

The considerable increase of the heroin production has become one of the main consequences of the Afghan war.

Poppy has been and continues to be the single largest funding source for the insurgents — who use the sale and proceeds of opium to purchase weapons as well pay their fighters in cash.

U.S. policy of appeasement, agriculture and farm subsidies paid directly to Afghan farmers also have added to that problem in many ways.

If you go to YouTube, under the title “U.S. Military Helping Afghan Farmers Grow Opium Poppy,” you can see what I’m taking about.

In my estimation the US has repeated all the same mistakes of the Soviets in Afghanistan in the 1980s and many more in what is “America longest, most expensive war in the history of our country.”

I would agree with Lowry when he says “We only can hope no more milestone anniversaries are marked in this war.”