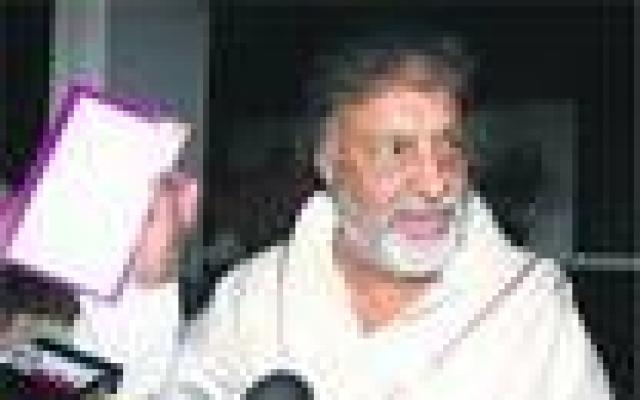 Srinagar, February 21-Prof. Bhim Singh, Chairman of JKNPP  warned Barack Hussein Obama, the President of USA that any miscalculation on the Afghanistan situation may become a flash point to create a dangerous situation in South-East Asia disturbing peace in India and Pakistan as well.

While addressing a press conference in Srinagar on Saturday Bhim Singh reminded US President that America had made a commitment for restoration peace and democracy in Afghanistan and Iraq. Sending more troops to Afghanistan is a betrayal of American commitment and has threatened peace in this sub-continent. He said that if peace is disturbed on Afghanistan, Pakistan borders it shall create disturbing situation in Jammu and Kashmir as well.

Prof. Bhim Singh strongly condemned the State administration and Police hierarchy for discriminating against Panthers Party leaders and candidates by withdrawing their security cover in the Valley and in other sensitive areas of the State.

Prof. Bhim Singh said that first target of the administration was Farooq Ahmed Dar who had contested election against Omar Abdullah in Gandherbal. His security vehicle was withdrawn all the orders of the Director General of Police to please the Chief Minister.

Prof. Bhim Singh circulated 17 names of the candidates whose security has been withdrawn in the Valley including two lady candidates. Prof. Bhim Singh warned that if security cover of his party leaders is not restored within 10 days, all the Panthers Party candidates shall march to Delhi to stage fast unto death in front of the Parliament.

Filed under: Politics, World
Share Tweet Pin G Plus Email
previous article: What the Obama housing plan will and won’t do
next article: Tamil Tiger Air Attack Was a Sucide Mission: Air Marshal