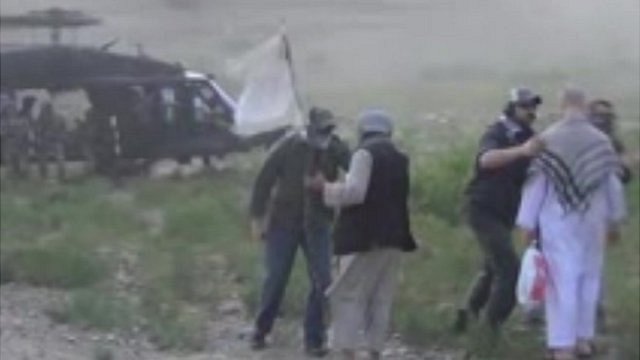 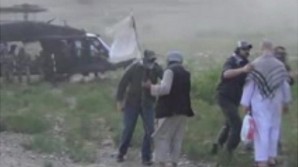 I think Americans have learned that it’s harder to end wars than it is to begin them. Yet this is how war’s end in the 21st century — not through signing ceremonies, but through decisive blows against our adversaries, transitions to elected governments, security forces who take the lead and ultimately full responsibility. (US president Barak Hussain Obama )

US in Afghanistan since 2001

Terrorist attacks on Twin towers of World trade center and Pentagon resulted in a deep shock and anger in hearts and minds of civilized people of the globe. The whole world rallied behind US and an invasion was launched against Afghanistan where Taliban government was giving protection to Al Qaeda leadership which was thought to be behind the attacks.

Although Afghan Taliban regime agreed to hand over Osama bin Laden to third country for investigation but in heat of the moment US acted like an injured elephant and Taliban government was ruthlessly ousted.

Since 2001, US policy in Afghanistan has undergone many evolutions. The initial policy of use of ruthless force against Taliban gave impression of contempt and hate against Afghanistan’s largest ethnic group–Pashtuns. This ruthlessness resulted in creation of  sympathies about Taliban in Pashtun tribes.

In 2003, Signs of Taliban regrouping became visible and attacks on US and coalition forces increased in frequency. Slowly and gradually Taliban attacks became deadlier.  In 2009 US president Barak Obama gave troops surge policy in his address to West point cadets. Unfortunately this troops surge failed to eliminate

On 21 May 2012, the leaders of NATO-member countries endorsed an exit strategy during the NATO Summit. According to which  ISAF Forces  were to transfer command of all combat missions to Afghan forces by the middle of 2013 and most of ISAF troops would  leave Afghanistan by end of 2014.

On June 18, 2013 Security of Afghanistan was transferred to Afghan Forces.  US tried to convince Afghan Government to sign Bilateral Security Agreement (BSA) which would have allowed US to keep few thousand Special Forces Troops for counter terrorism operations along with Military trainers and advisers in Afghanistan. Afghan President Hamid Karzai refused to sign the agreement and left it for incoming new president to decide.

Disheartened by response of Afghan President on BSA and offer of US help in the security of Afghanistan which by the way all neighboring countries also wanted, US announced complete withdrawal from Afghanistan by 2016.

“.  At the beginning of 2015, we will have approximately 9,800 U.S. service members in different parts of the country, together with our NATO allies and other partners. By the end of 2015, we will have reduced that presence by roughly half, and we will have consolidated our troops in Kabul and on Bagram Airfield.  One year later, by the end of 2016, our military will draw down to a normal embassy presence in Kabul, with a security assistance component, just as we’ve done in Iraq. . (US president Barak Hussain Obama )

We have to recognize that Afghanistan will not be a perfect place, and it is not America’s responsibility to make it one. The future of Afghanistan must be decided by Afghans. But what the United States can do — what we will do — is secure our interests and help give the Afghans a chance, an opportunity to seek a long, overdue and hard-earned peace. . (US president Barak Hussain Obama )

From the day one US became victim of its Afghan Allies. It spent billions on Afghanistan but at the end failed to secure peace and stability in Afghanistan. Americans relied on war lords belonging to Anti Taliban Northern Alliance, consisting mainly on non Pashtuns. These War lords, under American protection in many instances, settled their old scores with Pashtuns. The confidence of Americans on their Northern Alliance coasted in Taliban gaining sympathy of Pashtuns.

The Kabul government was dominated by Northern Alliance; The Pashtuns felt they were marginalized.

The lack of knowledge of Pashtuns and Afghan culture by Americans and collateral damage as a result of fight with Taliban also played a negative role. According to UN estimates the average civilian deaths since 2001, nearly 75 percent were caused by Taliban and 25 percent by ISAF and Afghan security forces. Keeping in mind the Pashtuns wali, Taliban were able to gain sympathies in Afghan society.

The Billions of Dollars pumped in by Americans and International community went in waste due to corruption and nepotism of Afghan leaders and greedy international experts and contractors.

Today when Hamid Karzai refuses the BSA agreement it’s not due to any nationalist passion or sense of justice but because Hamid Karzai knows he have to go back to his people and people are not happy with government or International forces because they have remained on receiving end and got miseries both from government and foreigners—the miseries which now Karzai blames on International forces and neighboring countries.

Today post Soviet withdrawal situation is again developing. The best option is to gain back Pashtuns or make working relations with dominant Pashtun group so that in post US and ISAF era , Pashtuns will be willing to work with US. This is what US president  Barak Obama has indicated in his statement

But what the United States can do — what we will do — is secure our interests and help give the Afghans a chance, an opportunity to seek a long, overdue and hard-earned peace. . (US president Barak Hussain Obama )

The Exchange of US army Sergeant Bragdhel in return of 5 Taliban leaders is an effort in this direction. US is behind the scenes talking to Taliban via Qatar for past few months.

US have realized the game played by Afghan Government. That’s why in his surprise visit on Sunday 25 May, 2015 US president did not meet President Hamid Karzai .Although both presidents talked on phone. As reported by New York Times Obama invited Karzai to join him in Baghram but Karzai refused. In words of New York Times

“The president of Afghanistan said that he was ready to warmly welcome the president of the United States in accordance with Afghan traditions,” it said, “but had no intention of meeting him at Bagram.”(New York Times 25 May 2014 )

US again gave cold shoulder to Afghan government after Pakistan repulsed TTP attack in Bajor agency and in the process few Artillery or Mortar Shells landed in Afghanistan. Afghan government  asked  help to counter ‘external threats’ under a strategic partnership agreement signed in 2012 but US simply refused and advised Afghan government  to resolve the issue via diplomatic channels and  termed it as a bilateral issue between Afghanistan and Pakistan .

THE WAY THINGS ARE GOING

In my column published in Express Tribune on  20 Oct 2010, I presented an idea of reconciliation between US and Taliban in Afghanistan. I Wrote

“…Today, technically speaking, the US has won the war in the Afghan theatre because the main aim of the war was has been achieved. A majority of top al Qaeda leaders, like Khalid Sheikh Mohammad, have either been captured or killed, or are in hiding.  And al Qaeda is on the run, trying to seek refuge in Yemen and Somalia…”

“…On the other hand, if the US and the International Security Assistance Force (ISAF) leave, technically the Taliban will have eventually won the war – and one could argue this would be a win-win situation for both the Americans, who would have left, and the Taliban who would have outlasted their adversaries…”

Today things are moving in the way of reconciliation. Taliban are in no position to take full control of Afghanistan after US withdraws. With political pressure from international community especially from Saudi Arabia and Qatar they can participate in national politics.

In 2013 Mullah Omer gave indication that Taliban accepts the rights of all non Pashtuns entities in Afghanistan. He said

“I reiterate once again that we do not think of monopolizing power. Those who truly love Islam and the country and have commitment to both, whoever they may be or whatever ethnicity of geographical location they hail from, this homeland is their” (‘Leader says Taliban will sit out 2014 Afghan election’, New York Times, 6 August 2013 )

“In order to protect ourselves from scarcity and hardships, our young generations should arm themselves with religious and modern educations because modern education is a fundamental need of every society in the present time,”

“Islamic emirate of Afghanistan” is a “responsible force” that “will not extend its hand to cause jeopardy to others”. He said the Taliban “wants to maintain good and positive relations with all neighbors [and] open a new chapter of good neighborliness, mutual co-operation and economic development“.

“We did not have any agenda to harm other countries, including Europe, nor [do] we have such agenda today,’ the statement said.”Still, if you want to turn the country of the proud and pious Afghans into a colony, and then know that we have an unwavering determination and are braced for a prolonged war.”

If the above is actual Taliban Policy then one can hope for the better future of Afghanistan and region. Evidence suggests that Taliban have evolved and now their outlook of the world is much broader then it was in pre 911.

The US Taliban Reconciliation can bring benefits. If non Pashtuns entities accepts Taliban and Taliban accept  non Pashtuns  and Big Powers and  Muslim countries succeed in  bring realization  in Afghans that they should forget past and work together for future then whole Afghan nation will reap benefits of prosperity and development which ,Afghanistan,  being a peaceful  corridor linking  Central  Asia , Middle East and South Asia will  bring.

But if it fails the Post US withdrawal will bring civil war and miseries not only for Afghans but also for Pakistan. Let’s hope everyone has learned his lessons. And hope that in 2016 Kabul will not represent 1992.