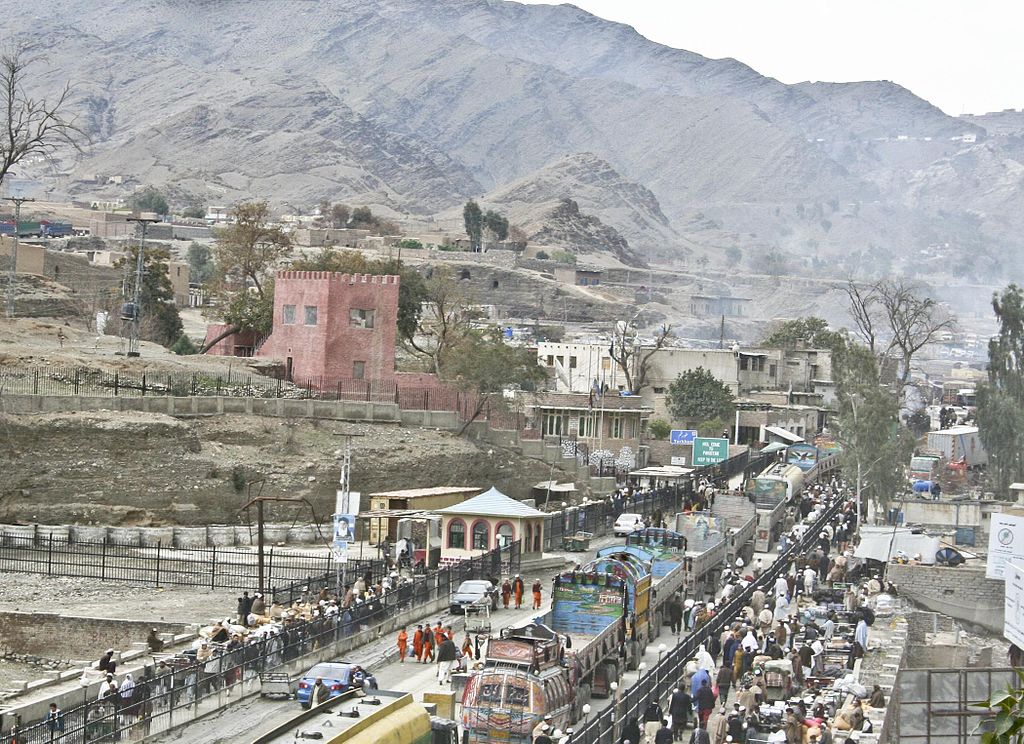 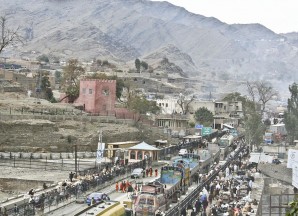 People in the Nangarhar province of eastern Afghanistan say the security situation is deteriorating rapidly, with a spate of kidnappings on the road to the Khyber Pass into Pakistan.

The highway is a major transit route for goods and travellers moving between Afghanistan and Pakistan.

Taxi driver Zaman, 35, says the busy section of road leading from the provincial capital Jalalabad down to the border crossing at Torkham is becoming increasingly dangerous.

“Even a year ago, carrying passengers early in the morning or late at night wasn’t a problem, but now this road is so unsafe that in some places, the Taleban come along, get people out of their cars and take them away in broad daylight,” he said.

Drivers say travellers whose ID connects them to government or NGO work are particularly at risk.

Recalling one incident, Zaman said, “A man and women from a Peshawar family got into my car. On the road, we were stopped by armed men who made us get out of the car. They herded us towards the olive groves, but the women screamed and many other cars stopped. Then they released us and left.”

There was a security checkpoint only 100 metres away from the scene, he said, commenting that “the government people stay in their posts and protect only themselves”.

Other travelers also accuse the security forces of failing to maintain security along the road.

Zar Mohammad drives along the highway to his bank job in the provincial centre Jalalabad several times a week.

“In the daytime, even if someone’s wife was snatched, the military and the police on this road would watch without moving from their posts,” he said. “I said to one policeman, ‘You can see Taleban snatching people from their cars yourselves – why don’t you stop them and fight them?’ He police told me, ‘If we fight the Taleban, NATO forces will come and bomb both us and the Taleban.”

In August, a NATO helicopter gunship called in to provide air support to Afghan troops at a highway checkpoint in the Bati Kot district of eastern Nangarhar, mistakenly opened fire on them, killing five soldiers.

The kidnappings on the Khyber Pass road seem to be part of a broader pattern of destabilisation in Nangarhar. A number of districts including Khugiani, Sherzad, Shinwar and Surkh Rod are said to be getting more dangerous because of insurgent activity.

Taleban spokesman Zabihullah Mujahid told IWPR that the insurgents were on the offensive in all districts of Nangarhar, including Jalalabad city, and said they were close to overrunning the entire province.

“Nangarhar’s government is going to collapse very soon,” he added.

Officials in Nangarhar acknowledge that the number of violent incidents has increased, but say this is only temporary, part of the summer “fighting season”.

“It is true that security situation in Nangarhar province has deteriorated,” Ahmad Zia Abdulzai, spokesman for Nangarhar governor Gul Agha Sherzai, said, “but our security personnel are not being complacent. They are on the alert to deal with these threats.”

Police and army forces Nangarhar declined to be interviewed, but Sediq Sediqi, spokesman for the interior ministry at national level, said that while there were security threats in some districts, the province was not beleaguered.

Sediqi said the governor was leading meetings of a task force to put security measures in place ahead of next year’s presidential election, and insisted that the Afghan army was stronger than the Taleban.

“People have now realised that the Taleban are the inferior force and have no place in society,” he added.

Such claims that everything is under control are failing to convince local residents.

“The authorities are lying. It is true that all districts of Nangarhar are physically and psychologically controlled by the Taleban,” said Harun, who lives in Jalalabad city. “The security forces are unable to do anything about it. People are getting more worried day by day. They don’t feel safe now.

Harun said he used to be happy to travel around, going to college or meeting friends, “but now my father does not allow me to go outside from the late afternoon onwards, because he says the situation has got worse”.

Civil society groups are concerned about the security situation. Abdul Basir Sabawoon, head of the Positive Change NGO in Nangarhar, says incompetent and corrupt officials have allowed things to get out of hand.

“For many years, the right person has not been assigned to the right job. Hiring has been done on the basis of ethnic, regional and political affiliation,” he said. “And the current security situation is the result.”

Sabawoon said that if officials had paid proper attention to security matters and made solid plans for each district, the main town, Jalalabad, would not now be under threat.

“The security situation of Nangarhar province will deteriorate day by day until some fundamental changes are made to the security and [government] agencies. It’s because people are unhappy with these institutions that no one cooperates with them,” he added.

Nangarhar provincial council member Zabihullah Zamary said the Taleban had gained direct or indirect control over much of the province, and there was little hope that voting in the April 2014 presidential election could go ahead there.

“When the ruling authorities are corrupt and incompetent, the divide between them and the people will increase,” he said. “Even if the election takes place, it will be limited to the cities, because the government has ceded control of most areas of Nangarhar, and the opposition rules there.”

Mangal Sherzad, professor of law and politics at Nangarhar university, said that developments in this one province were happening across Afghanistan, and reflected a failure of government over the last 12 years.

“Initially, if the opposition had been shown some respect, if it had been invited to take part in peace talks rather than to surrender, if corrupt people had not been hired, if the law had been respected, and if the public’s trust had been won, we would not be facing such unrest today,” he said. “The Afghan nation is now unhappy with its government. A huge gulf has been created between the two.

“The nation should be supporting its government, but instead it’s cooperating with the [insurgent] opposition. And the opposition is narrowing the circle within which the government can exist.”