Today there is a great upwelling of outrage worldwide resulting from the viral video exposing the almost unspeakable crimes against women and children committed by the African Rebel Leader Joseph Kony. 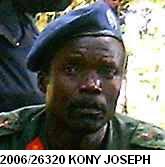 Although this powerful and transformative message will hopefully finally help to save some of the Dark Continent’s “Invisible Children”, it bears mention that this documentary exposes a crisis that has been ongoing for over a quarter century and has already claimed more innocent lives than we will ever be able to count.

Yet Kony remains alive, free, and continues to do horrendous damage. Shining this light on his atrocities can only do good, right?

I recently spent some time living and working in Africa, and sadly, I learned that the inherent complexities involved with understanding let alone tackling any of the myriad injustices occurring at any given time on the Dark Continent can effectively confound and cripple the right-minded attempts of such philanthropic, benevolent, or humanitarian causes. And this truth saddens me no end.

I traveled to Kenya, Africa with what I thought was a well educated sense of what I might find there only to have that idea completely turned inside out.

Consequently, today I adhere to the belief that perhaps we should throw out our preconceived notions about Africa. Regardless of all the revealing media avenues we have access to today, including the Kony video gone viral, still no one can truly know African reality without going there and experiencing it first hand, and sometimes not even then.

The word “Muzungu” is Swahili for white folk. Translated, it literally means “confused person wandering about.” This aptly describes me as I spent months working and wandering throughout Kenya, not willing to avoid the frightening shadowy underbelly of the country.

I witnessed religious elders morphing into villains, political leaders exposed as criminals, and tribal chiefs engaging in forbidden rituals. I lived and worked with foreign missionaries at the ends of their ropes in a country in violent revolt.

My white skin and declaration that I was a writer become my “free pass” through a succession of previously barred doors, and landed me smack into a living newsreel of Kenya in the flesh. From bizarre meetings with doctors and activists representing then President Bush’s AIDS Relief Project to hospital wards, surgery rooms, orphan clinics, huts, schools, churches and government offices, I discovered the real “Aids in Africa”.

In fact, I came to realize that few concepts familiar to us could even be applied in Kenya. The term "lost in translation" emerged as a gross understatement.

Fellow volunteers who found themselves trapped in the foxholes during a horrific national political revolution witnessed and reported from the front lines.

I saw secret tribal rituals performed, long-established cultural traditions examined. Western religion’s influence was dissected. Foreign intervention was challenged. History was revisited. Kenya was de-constructed. Much like what one witnesses when viewing the Kony documentary, I also got a shocking and unapologetic dose of Africa.

And although I got out of Africa with a remnant of the righteous indignation and seething desire to affect change for the better with which I had arrived, I also left with the reality check that we simply cannot always understand, let alone fix everyone else, something on the despairing nature of the sentiment expressed by renowned author and world traveler Paul Thoreau when he said: “The impression that Africa is fatally troubled and can be saved only by outside help – not to mention celebrities and charity concerts – is a destructive and misleading conceit."

And yet, here we are today, watching with unbridled horror and unmitigated outrage a viral video created by a couple of some might say idealistic young American fellows who would not, could not, continue to turn a blind eye to the horrors they had witnessed.

And here I am today, in their corner, on their side, cheering, hoping, praying, and believing yet again, that perhaps, once more, we all can entertain that conceit that we can yet make a difference.