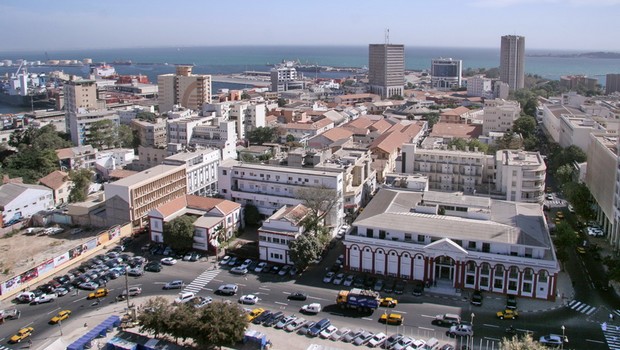 Islamic bonds, a financing tool that gets around the Shariah ban on collecting interest, are drawing increased attention in Africa as a way to finance infrastructure projects.

With the Sukuk, as the bonds are called, investors reap a share of income from the asset instead of interest payments.

Senegal, South Africa, Ivory Coast, Niger and Nigeria issued Sukuks with values ranging from more than $200 to $500 million between 2014 and 2016. Kenya, Tunisia and Uganda are considering issuing the Islamic bonds.

Finance experts say the Sukuk may be a good fit for Africa with its significant infrastructure needs – the financing must be for a tangible asset – and a Muslim population that accounts for about 40 percent of the total on the continent.

With their growing presence at African forums on investment and infrastructure, Arab leaders are indicating they are willing to share in profits of African projects, Davis said.

Senegal was the first African nation to issue a Sukuk, launching a four-year bond of more than $200 million June 2014.

Senegal aims to be a hub of Islamic finance

At the time, Senegalese finance minister Alioune N’Diaye said the country, which is 95 percent Muslim, wanted to establish a presence in hopes of becoming an African hub for Islamic bonds ahead of South Africa and Nigeria. N’Diaye noted that Senegal had an Islamic bank, the Islamic Bank of Senegal and a good relationship with the Islamic Development Bank.

Mbacke noted that investment in Senegal is more profitable than western investment because returns are higher, costs are lower and “everything is yet to be done in Senegal.”

Mbacké’s organization, which advised the Senegalese government on setting up its Sukuk , wants to start a microfinance institution that will help small businesses with Shariah compliant loans.

While Senegal looked for regional investment with a Sukuk based on local currency, South Africa’s bond issue used dollars and was designed to appeal to investors in the Middle East and Asia. The South African Sukuk was oversubscribed fourfold, drawing more than half the total investment from outside Africa.

South Africa first became interested in issuing Shariah-compliant bonds in 2011 and it took four years to put in place a regulatory framework and identify appropriate assets to be funding.

Islamic law forbids lending for interest. A number of configurations are used to get around that restriction. Sukuk al-irjarah is the most comment. Bondholders are awarded partial ownership in the underlying asset.

South Africa was only the third non-Muslim nation in the world to issue Sukuks after the United Kingdom and Hong Kong.

Britain was the first with an issue in June 2014 that drew orders of $3.55 billion, about 10 times what was available. British officials have said they want to become a global leader in Sukuk financing in order to attract more investment from the Middle East.

Globally, Sukuk issuances totaled nearly $670 billion between 2001 and 2014, according to one estimate.