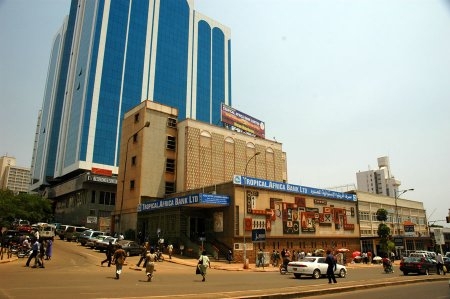 Egypt is represented by the Sawiris dynasty patriarch Onsi and the new generation Naguib, Nassef and Samih. South Africa’s representation is more varied with entries from the Oppenheimer family, the Rupert family and Donald Gordon. Here is how they pan out according to Forbes Magazine.

When the Onsi Sawiris decide to retire after building arguably what is one of the most powerful conglomerates in Africa, Orascom Holdings, it was time for the second generation of Sawiris, Naguib and his brothers Nassef and Samih to step to the fore. Each concentrated on different parts of their fathers empire and have sought to consolidate and then extend the achievements they inherited. Naguib has largely concentrated on Telecoms and has developed Orascom Telecom into one of the most powerful telecom operators in the Mediterranean and middle east.

The De Beers legacy started in 1888 and has grown into one of the largest producers of diamonds in the world, with around 40% of world diamond production by value attributable to De Beers "Family of companies". The Oppeheimers have been associated with De Beers since 1929 and have reaped the benefits as clever marketing and strategic alliance has seen the company grow. The Oppenheimers also have extensive holdings in the Anglo America Corporation, the gold mining firm.

Once the richest man in Africa, he has since divided his substantial commercial empire amongst his sons. The patriarch of the Sawiris family, Sawiris single-handedly built the Orascom empire from a little engineering consulting firm in Upper Egypt to the global empire it is today. He has since handed day to day running of Orascom’s affairs to his three sons.

Johann Rupert is the eldest son of the late South African tycoon Anton Rupert. The elder Rupert built the industrial Conglomerate into a billion dollar conglomerate from a business he started with £10 in his garage. The conglomerate spans luxury goods, finance, mining interests and more and is now headed by Johan Rupert who has built on the successes of his late father.

The youngest of the three scions of Onsi Sawiris, Nassef has focused on the construction interests of the Orascom empire. Through a joint venture with Swiss cement giant Holderbank, Orascom controls over 25% of the Egyptian cement market.

Founder of Liberty Life, a life insurance company which he set up in 1958 and sold in 1999. He now has extensive holding in shopping centres, breweries and more. Gordon now lives in the United Kingdom.

Samih Sawiris took charge of the tourism and leisure interests of Orascom Holdings after his father’s retirement from active management. Orascom has extensive holdings in hotels across the middle east.