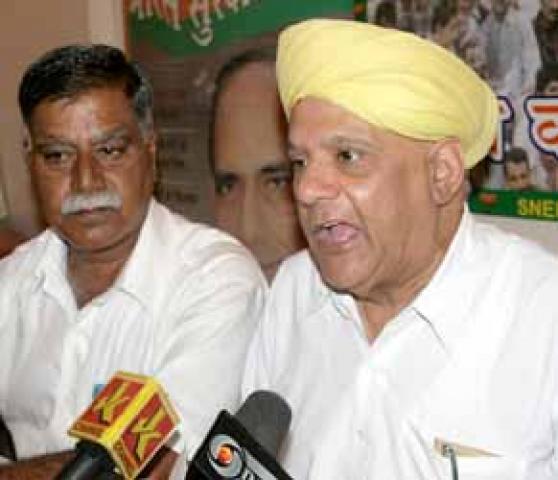 , December 13 (Scoop News) –The present situation in the state do not allow the withdrawal of Armed Forces Special Powers Act (AFSPA). The recent militant attack on Cabinet Minister in is the latest incidence which proves that both AFSPA and army should continue in Jammu & Kashmir.

Ashok Khajuria said that   Jammu and Kashmir Chief Minister Omar Abdullah, his father &  Union Minister Dr Farooq Abdullah and uncle Mustafa Kamal has been demanding revocation of AFSPA from the state with just one motive to  malign the image of the Armed Forces in the state ignoring the fact that it was the army entrusted with special powers which has been putting best services as a result of which the faith of the people could be restored even when Abdullah family had fled from the state without thinking about the safety and protection of the people.

Khajuria said that the time is not ripe for revoking Armed Forces Special Powers Act or withdrawal of the Armed Forces from and the attack on Sagar has cleared the dust that the situation is not conducive to revoke the Act. He also blamed Congress for not reacting to the National Conference’s demand of AFSPA revocation and criticised them for remaining ‘mum’ over the issue. ’The ongoing drama in Jammu and Kashmir is scripted by the Congress, where National Conference is playing the lead role as ‘hero’, which hints at planned conspiracy between the two coalition partners.’’

Charging the coalition government under Omar Abdullah as total failure on all fronts in meeting the aspirations of the people, Khajuria said that Omar has no right to stay in chair and should immediately resign in the interest of the state and the country.

Khajuria declared that the party will not allow the NC-Congress coalition to tarnish the image of security forces and appealed the people to not get misled by the anti-national utterances by the  State Chief Minister and other members of his family.