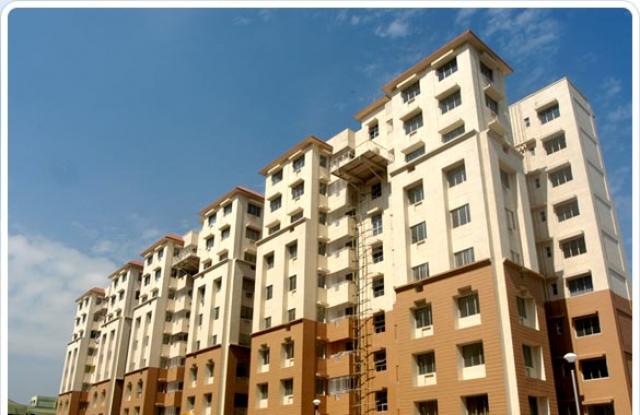 Land agitation against forcible land acquisition and denial of compensation relating to the New Town project  in Rajarhat by the Trinamool Congress, the main opposition party of Bengal and a bitter rival of the Communist Party of India (Marxist) led Left Front government, will be like the ones the party waged in Singur and Nandigram. The TMC supremo and the central railway minister Mamata Banarjee wants 10 per cent of any developed land to be returned to the original landowner. Housing minister of Bengal Gautam Deb also challenged Mamata.TMC wants to expose Deb and the Housing Infrastructure Development Company (Hidco) the developer of the area which is under his ministry.

Rajarhat and it’s adjoining area New Town are growing fast as residential and commercial areas.The real estate developers who are investing heavily are sometimes take the help of land mafias to acquire lands from villagers.New Town has already turned into an IT hub with several well known companies having their centers.Developers invest heavily on residential apartments and resorts in Rajarhat.The Dum Dum international airport, is just few minutes away from Rajarhat.Besides, Salt Lake, the biggest commercial area in eastern part of the city and Sector –V, the IT hub are also few minutes away from Rajarhat-New Town.So they get importance.Land mafias who have close proximity with political leaders are active in these areas.Crimes including extortion are increasing day by day.After the Vedic Village fiasco ,the reaction from CPI(M) and the government is just a knee jerk response.
In early 1950s, the then Chief Minister of Bengal,Dr.Bidhan Chandra Roy took the advice of Dutch experts to recover the lands from salt lake saline water bodies to expand Calcutta in the eastern side.Thus,Salt Lake city was built by covering the vast water bodies with silts from the Hooghy river.

Last year, Vedic village incident once again proved that land mafias in Marxist ruled Bengal are enjoying tremendous political patronage. Bengal politics was hotted up over the issue of forceful land grabbing of Vedic Village authority by co-arcing village people.On August 23,an angry mob torched the luxury resort in the eastern fringes of Calcutta over the issue of violence in a nearby football ground.Police confiscated large number of arms and ammunition from the Vedic Village complex.They blamed the resort authority to patronize and shelter the main accused Gaffer Molla,a local village mafia and his gang.The illegal land grabbing of Vedic Village authority with the help of Gaffer Molla. Rajarhat and it’s adjoining area New Town are growing fast as residential and commercial areas.The real estate developers who are investing heavily are sometimes take the help of land mafias to acquire lands from villagers.