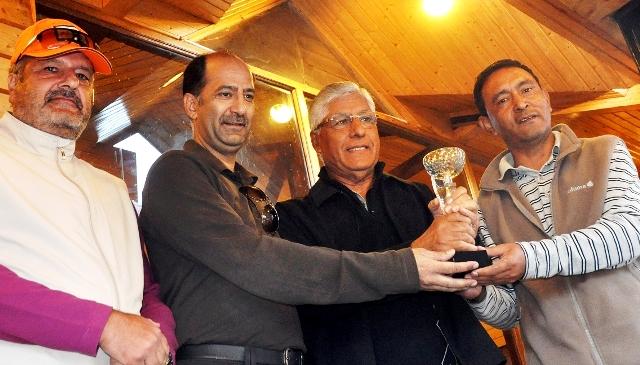 The team of Ahad Hotel and Resorts was emerged as winner while as team of Tourism department runner up. Nearest to the pin won by  M. Wani and  Vicky Shah. Largest drive by  Owas Shah and  Javeed Bashir Burza.

About 125 golfers participated in the Tournament.  In the Ladies category, the Award was won by s. Nawang Rigzin Jora.

After concluding the tournament the prizes were distributed among the winners and runners up.

Minister for Tourism  Nawang Rigzin Jora was the Chief Guest on the occasion, while as Minister of State for Tourism  Nasir Aslam Wani was guest of honour.

Appreciating the organizers for holding such tournaments,  Nasir Aslam Wani said that focus attention is being given to promote the golf courses in the State. He said that a plan has been chalked out to organize more golf tournaments in near future.

M. Y. Khan also spoke on the occasion and briefed about the tournament. He said we organized a number of tournaments in the last months, adding that one more tournament will be organized very soon.  Khan congratulated the Ahad Group of Hotels for organizing the tournament.