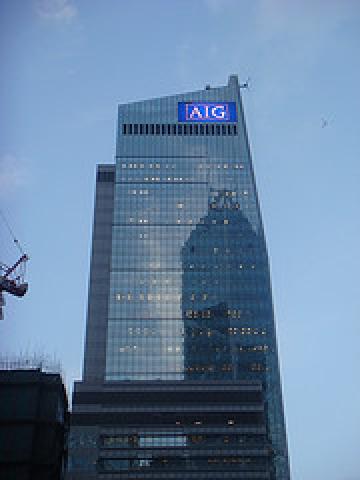 In the continuing saga of the AIG executive bonuses which were extended last week by Timothy Geithner and the Department of the Treasury, another player has stepped up to the plate in addition to President Obama’s rather weak excuse for an apology to the American people over this "sleight of hand".

Christopher Dodd, that erstwhile senator and former Presidential candidate, has now taken the blame for inserting a sentence into the bank bailout bill that was rushed through Congress last September that afforded the AIG executives to receive these million dollar bonuses.

It appears with Mr. Dodd’s "mea culpa" another attempt for those on the Hill to now shift blame from the President and Mr. Geithner, and of course hope on the generosity of the American people to let bygones be bygones.  Let’s spread the blame around so that we can actually take the focus off what occurred initially that lead to this situation, and blame it on one Congressional member who inserted a sentence in the bill that make the entire bailout itself somehow seem legitimate.

There is a great deal wrong with this little deception.  Many in America are not buying it.

To encapsulate actually what occurred and who is truly to blame, note below:

1.  In September under "terrorist warnings" from Secretary Henry Paulson all members of Congress were held over in Washington from their campaign junkets in order to address this "emergency" bank bailout.  Otherwise, the American people were informed, Wall Street would crash and their ATM cards would not work.

3.  For the first time in history not only were U.S. based corporate interests involved in this bailout, but a globally based insurer, AIG, was also begging on the steps of the doors of Congress.  No matter also that many of these banks and AIG had been heavy contributors to the campaigns of a majority of those in Congress to whom they went begging.

4.  The bill was drafted in haste in order to rescue America’s economy, and consisted of enough pages to insure that any disinterested Congressional member had no time in order to digest the terms of the bailout.  This does not excuse them in any manner, however.  In such an instance it was their duty to abstain at the time from voting based on those grounds, and the clearly questionable Constitutional basis for this entire bailout to begin with at the eventual American taxpayer’s expense.

5.  The measure passed with just a mere two vote margin.  Which historically indicates that there was some heavy backroom dealing, and also still maybe some who did have enough integrity left (few, I know) to realize the entire bailout itself was a violation of our Constitution by the mere inclusion of a foreign corporate concern at it’s outset.  AIG’s real financial problems, if any, were caused by their London Mayfair office, from all reports.

6.  Included within the bailout were other unconstitutional provisions.  Namely, a transfer by Congress of their Constitutional powers with respect to foreign agreements, whether public or private, to the Executive office.  Such a transfer of power could not legally be accomplished without a Constitutional amendment in and of itself.

7.  Rather than this being handled as a corporate restructuring under the provisions of the U.S. bankruptcy code, Mr. Geithner was strictly given unilateral oversight and authority.  In other words, Mr. Geithner is now acting as "trustee" for the restructuring, and his "fiduciary duties" are not to the executives or AIG, but to the creditors – the American public and AIG’s former stockholders.  Thus, when Mr. Geithner and Mr. Obama claim they had no legal power to refuse, they not only had the legal power to do so, they had the legal obligation on behalf of the American people to do so.

And at this point, a good 2/3rds the members of Congress, Mr. Geithner,  Mr. Obama and Mr. Bush and a great many of their "advisors" and legal counsel, any and all that breached their "fiduciary duties" and hold federal office, should be wearing stripes about now, with all the legal and criminal Constitutional violations that have thus far transpired in this fiasco.

I wonder if Mr. Dodd was anticipating retirement at this point anyway, and simply taking the fall and collecting his fat federal pension when his term expires as the sacrificial lamb now for AIG?