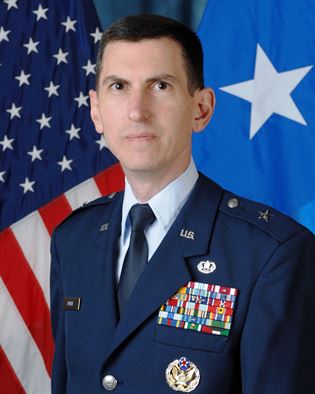 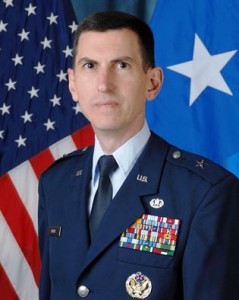 Secretary of Defense Chuck Hagel announced today that the president has made the following nomination:

We contacted the Pentagon to make sure we read the details of this announcement correctly.

Officials refused to comment on this matter specifically, but did confirm the information in the announcement was correct.

The move is necessary to qualify him as the next judge advocate general of the Air Force.

Apparently this is not unusual. So we triple checked the press brief to make sure (source: http://www.defense.gov/releases/release.aspx?releaseid=16393).

If confirmed by the United States Senate, Burne would start his new job in February, replacing outgoing Lt. Gen. Richard Harding, whose retirement is expected but the date has not been announced.

A native of Dunmore, Pennsylvania, Burne’s father was a decorated bombardier in World War II (source: http://archive.is/oGEM).  Burne attended the University of Scranton and The Pennsylvania State University — Dickinson School of Law.

In 1993, Burne was stationed at Soesterberg Air Base in the Netherlands.  Later he became Director, Operations Law, United States Central Command and Staff Judge Advocate of the 20th Fighter Wing.

Other assignments have included tours of duty at The Pentagon before his current assignment at Headquarters Air Combat Command. Following the September 11 attacks, he took part in organizing the Air Force’s mobilization and response.