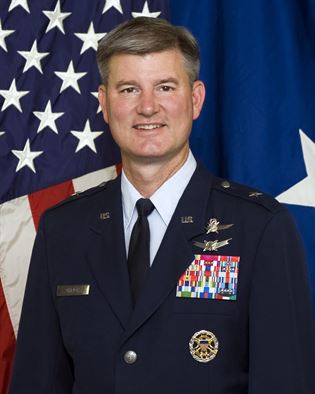 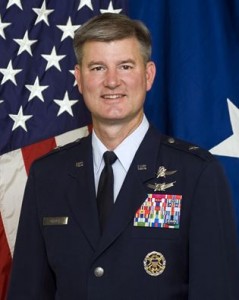 One Star General David C. Uhrich, kept a vodka bottle in his desk at all times at Joint Base Langley-Eustis and repeatedly “drank on duty”, according to the Washington Post.

David C. Uhrich, a one-star Air Force General, reportedly kept “a vodka bottle” in his desk at Joint Base Langley-Eustis and repeatedly drank on duty, so much so that another officer told investigators that “if he did not have his alcohol, the wheels would come off,” according to the findings of an Air Force probe.

The married Air Force one star later “sought treatment for a drinking problem, but not before he was also investigated for allegedly having an affair, something prohibited under military law”.

Maj. [Redacted] further related in his testimony that during Jan — Apr 12 timeframe, he smelled alcohol onthe general’s breath, on multiple occasions found a bottle of vodka underneath the general’s desk (various levels in the bottle, various kinds of vodka), and even tasted alcohol in the plastic cup on the general’s desk during the duty day. While working with Brig Gen Uhrich, Maj [Redacted] noticed signs of intoxication, to include slurred speech, blood shot eyes, and lack of overall coordination. …” (source: Excerpts from military misconduct investigations: Roberts, Schweitzer, Uhrichhttp://www.washingtonpost.com/world/national-security/excerpts-from-military-misconduct-investigations-roberts-schweitzer-uhrich/2014/01/26/92518d54-8638-11e3-b85b-b305db87fb90_story.html

Joint Base Langley–Eustis (IATA: LFI, ICAO: KLFI, FAA LID: LFI) is a United States military facility located adjacent to Hampton and Newport News, Virginia. The base is an amalgamation of the United States Air Force’s Langley Air Force Base and the United States Army’s Fort Eustis which were merged on 1 October 2010.

General Uhrich received his commission as a distinguished military graduate from Auburn University’s Air Force Reserve Officer Training Corps program in 1985. He has held a variety of space, acquisition, and tactical and fixed communications positions, and he served in staff assignments with Air Combat Command and the Joint Staff. The general commanded a communications squadron and network operations group. Prior to his current assignment, he was Director, Command, Control, Communications and Computer Systems, U.S. Joint Forces Command, Norfolk, Va.