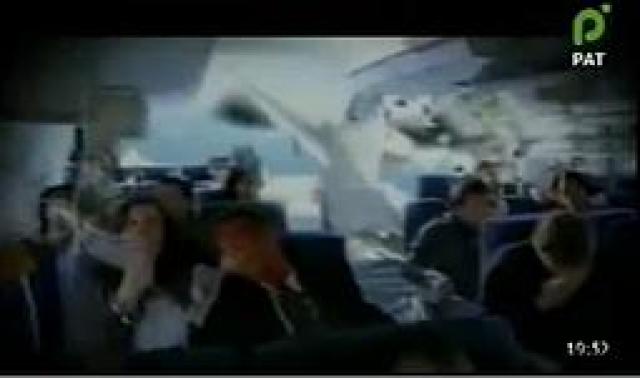 What happened on Bolivian TV over the weekend? Most people would probably answer “Who cares really?”, as there was certainly nothing more interesting there than anywhere else in the world… (except maybe in the UK, where Top Gear unveiled that former Formula 1 pilot, Michael Schumacher, is the Stig! or is he not?)

Well… something actually happened! During the live news broadcast of Bolivian TV channel RED PAT, the female newsreader dared say that the channel had “exclusive” pictures that had be taken in the Air France Flight 447, between Rio de Janeiro and Paris, before it disapeared and crashed on 1st June 2009!

While the pictures were displayed on the screen, the journalist added to the story that the pictures had been taken by a passenger of Flight 447, at the exact moment the plane split in the air. The pictures, she said, had then been found by Brazilian militaries while searching for bodies and parts of the plane in the Atlantic.

The problem is that these pictures that the Bolivian TV channel called “exclusive” are in fact taken from the american TV series LOST!

The two pictures were even actually already circulating on the social network Facebook for days! Furthermore, when we look at the pictures carefully, we can clearly see a blue sky and some white clouds at the back of the plane… while Flight 447 crashed during the night!

Did RED PAT’s journalists do their job? Did they investigate the claim that these pictures were really from the plane? Did they double check their sources before showing the pictures live on TV? No. They just probably thought that they were going to be the only channel in the world to have access to these pictures and the first to show them live!

What happened with the Bolivian TV channel was more of a “Zub” (fake piece of exclusive news) than a “Buzz“: what was supposed to be a great and exclusive piece of news simply brought shame to them!

The Bolivians were not the only victims of the Zub, a Polish TV channel and a Dutch radio station also fell in the trap…

Here’s the video that brought shame to the Bolivian RED PAT TV channel:

Here’s a video of TV series LOST (stop the video at 0.43 so that you can see the exact same pictures used by the Bolivian TV):