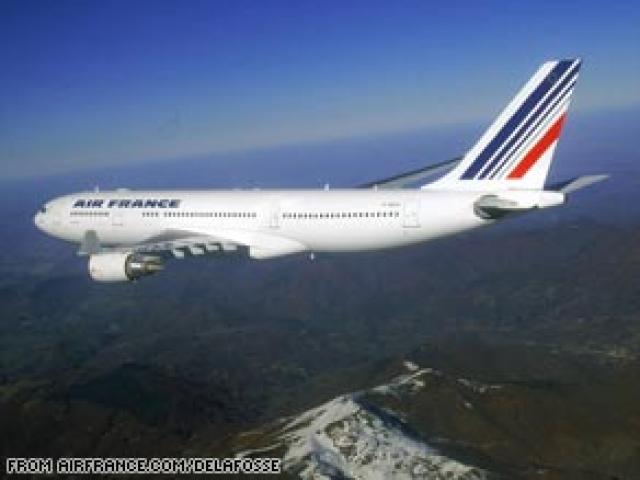 An Air France passenger plane carrying more than 200 passengers and crew is reported missing over the Atlantic Ocean.  The jet was on a night flight from Rio de Janeiro to Paris.

The Air France Airbus 330, 200-series reportedly hit bad weather.  According to the airline, a number of data messages from flight 447 were sent out about 15 minutes later indicating an electrical problem.

At a news conference in Paris, an Air France spokesman described that specific chain of events.

"The plane went through turbulence and then a number of automatic messages were transmitted by the aircraft to say that there was a fault," said the spokesman.  "Around 7:00 [am] Paris time, it was clear that the plane was in deep trouble."

A government source in Brazil says the plane disappeared from Brazilian radar screens around three-and-a-half hours into the flight. That would put it closer to Brazil than France, but the jet’s last-known location is not precisely known.

Brazilian air force planes on the island of Fernando de Noronha have been searching for the airliner.

France’s ambassador to the west African country of Senegal says French military planes there have also joined in the search.

Meanwhile at Charles de Gaulle airport outside Paris, friends and relatives of those onboard are being taken care of at a special closed off area.

Stay with Hipple Patel and GroundReport with more on this still developing story as the search continues, updates on twitter by Hipple @ www.twitter.com/hipplepatel.