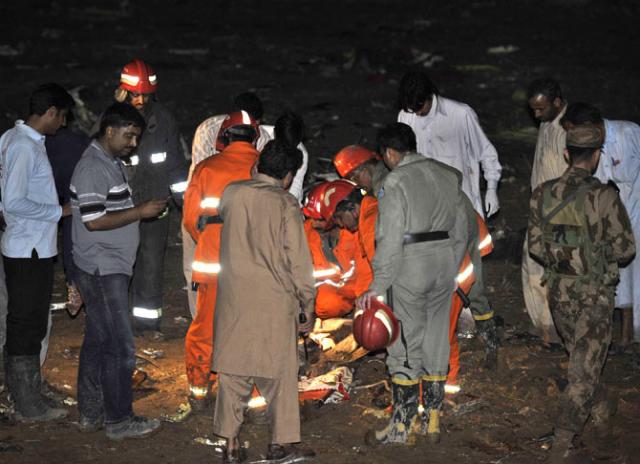 Few Days ago a private passenger plane is crashed and more than hunderd passengers were died at the spot including 6 memerbs of the crew. The air line was bank defaulter The air line was given a permission to fly its fleet in this year by the approval of the finance Minister and Minister of Defence. Unluckily it was the first flight of the Air line after 11 years if closure that was crashed while going from Karachi to capital Islam Abad. When the flight was near to Islamabad it was unluckily became the victom of AIr pocket according to reports. President Asif Ali Zardari asked the natinoal air line PIA to take the siblings of the dads free of coat from Karachi to Islaamabad. And bodies of the victoms free of cost to karachi and areas where they were residing. Mutahida Qaumi Movement asked their parliamentarian to stand with the victoms and give enough time so that they may feel relief. Owner of the company Farooq Bhoja was first put in ECL and then was arrested due to appointing wrong crew for the first flight. President and Interior Minister Abdul Rehman Malik has asure the nation that he will take all possible actions against responsibles and present a free and fair report before the nation.