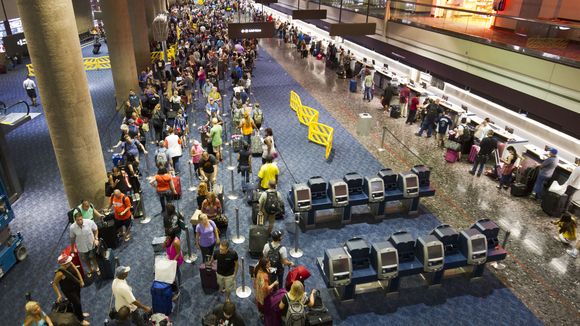 A big US airline experienced technological problems on the morning of October 11 that delayed hundreds of flights and inconvenienced thousands of passengers. The Washington Post reported that the issues of the Southwest Airlines are still not fixed the next day, with customers being asked to print their boarding passes prior to going to the airport. This has not been the main practice, as airline companies have eased the service by issuing the boarding pass as passengers check-in the airport. Printing the boarding pass at home may mean extra charges for baggage, seat restrictions among others.

Around 450 flights out of an estimated 3,600 scheduled flights were delayed as the technical glitch forced the airline to manually process travelers, which resulted to incredibly long lines. Even though the passengers arrived two hours prior to their scheduled departure, many still missed their flights due to the queue in the airport. Self-service kiosks were vastly limited compared to the sheer volume of passengers.

The mishap has affected the Southwest Airline’s website, mobile application, reservation centers, and airport computers. United Airlines’ website also experienced a technical issue in early September that forced passengers to use its mobile application and airport kiosks for check in. American Airlines also had a similar incident that cancelled numerous flights to three of its largest US hubs for almost two hours.

Southwest Airlines admitted that the problem was “system wide,” but the cause and the expected duration of the problem were left unannounced. Company spokesman Brad Hawkins denied any present indication of hacking, according to a Wall Street Journal report.

The transportation industry is where a single glitch can affect thousands to millions of people globally. Similar to this, another field experiencing an unresolved technological problem is communication. It is plagued with the problem of poor cellular network coverage.

While airline tech glitches are one-off events, the cellular network industry and its consumers have been faced with the problem of erratic signal strength with no solution at hand, until very recently.

This is the revolutionary answer to one of the most persistent tech problems in the world. According to an Ericsson Mobile Consumer Lab report, three percent of the average mobile subscribers in the world leave a network operator due to poor signal, call drops, and weak data throughput. In other words, the potential market of the 5BARz network extender is $27 billion, with the needs of the unsatisfied three percent of mobile users answered.