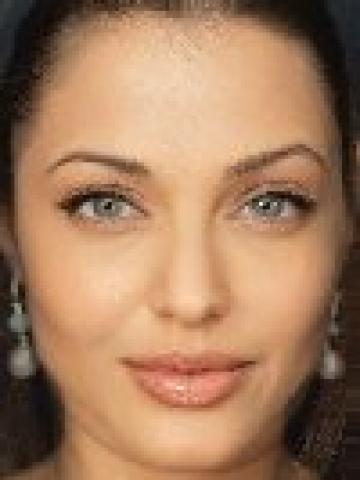 Aishwarya Rai vs Angelina Jolie ! Both are famous celebrities and comparing them is always a hot subject. When it comes to the most beautiful women in the world or sexiest women in the present world then none other than Ash and Angeline comes to the limelight.

Now is there any physical similarities between Ash and Angeline other than there blue eyes? Studies prove that there may be more than that one can imagine.

According to some researchers Aishwarya Rai and Angelina Jolie could be descendents of a common ancestor. The researchers, from the , have found that all people with eyes in a shade of blue can trace their ancestry to one person who probably lived about 10,000 years ago in the region.

More than 99.5 per cent of people with bluish eyes who volunteered to have their DNA analysed have the same tiny mutation in the gene that determines the colour of the iris, the study said.  Professor Hans Eiberg of the university said he had analysed the DNA of about 800 such people, ranging from fair-skinned, blond Scandinavians to dark-skinned residents of and .

“All of them, apart from possibly one exception, had exactly the same DNA sequence in the region of the oca2 gene. This to me indicates very strongly that there must have been a single, common ancestor of all these people,” he said.

Even though the scientists are unable to pinpoint the exact date of the mutation, evidence suggests that it probably arose about 10,000 years ago, when there was a rapid expansion of human population in as a result of the spread of agriculture from the .

The study, reported in the journal Human Genetics, indicates that the mutation originated in just one person who became the ancestor of all subsequent people in the world with bluish eyes.

“From this, we can conclude that all blue-eyed individuals are linked to the same ancestor. They have all inherited the same switch at exactly the same spot in their DNA,” Eiberg was quoted as saying.

Ash and Angelina descendents or not, now there has been another reason for comparison and debate.