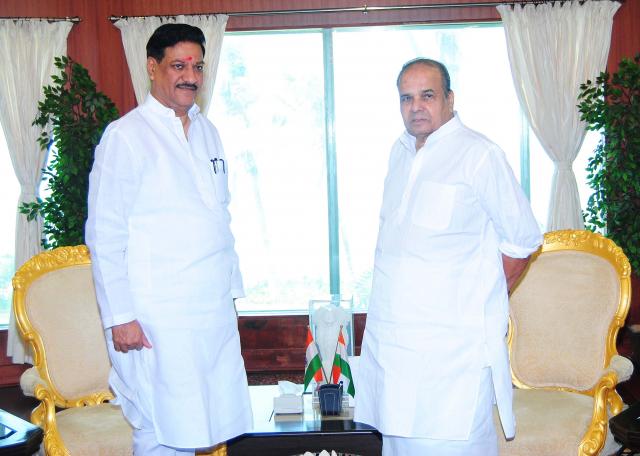 The political drama in Maharashtra came to an end on Saturday as the Governor K Sankaranarayan accepted the resignation of Ajit Pawar as Deputy Chief Minister and Minister for Finance, Planning and Energy from the council of ministers with immediate effect. These portfolios will now be given to Jayant Patil.

Pawar, senior leader and nephew of Nationalist Congress Party chief Sharad Pawar, resigned from the state cabinet on Tuesday after allegations of corruption in construction of dams in Maharashtra during his tenure as the Minister for Water Resources. The allegations, leveled by a senior officer in the government, had created a storm and Chief Minister Prithviraj Chavan had ordered an inquiry into it. The step widened the gap already created in the two alliance partners Congress and NCP.

The CM Chavan called on the Governor at his official residence, Raj Bhavan on Saturday and handed over the resignation letter of Pawar with his recommendation to accept it. The meeting between the Governor and the Chief Minister lasted for one hour.The resignation was not accepted by CM because there was confusion whether NCP chief, who is alos Union Agriculture Minister, approved it or not. The latter gave green signal for the sanctioning of the resignation on Friday.

The Governor also agreed to CM Chavan ‘s request to allocate the portfolio of Finance and Planning (additional charge) to Jayant Patil who is presently Minister for Rural Development and to hand over additional charge of the Department of Energy to Rajesh Tope, Minister for Higher and Technical Education.