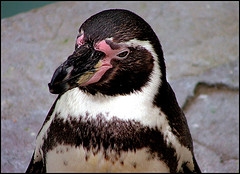 The "Live Aid" brand is back this summer with a former Vice-President.

Al Gore, the coolest politicial suit, has the hottest environmental agenda to save the Earth from the global fallout of economic development and is taking it to a television and iPod near you.

With his film The Inconvenient Truth – a slide-show lecture on Global Warming – and now Live Earth, the politician from Tennessee has already captured the hearts of the caring youth with his apocalyptic predictions.

Two million are expected to dance to 150 music acts at eight venues on seven continents – including Rothera Research Station in Antarctica – this Saturday, July 7, to increase awareness of  climate change..

According to Al Gore, along with Leo Di Caprio and Ricky Gervais one of the many star presenters,  too few people have heard the world is warming; a problem which Live Earth solves by getting the message across with the charisma of pop.

But the Rock Gods are  not terribly amused with Gore’s hijacking of the music industry for political ends.

As Sir Bob Geldof put it in his now infamous swearbite: " We’re all f*cking conscious of global warming."

Not only does Live Earth preach to the converted to do so the organisers – Save Our Selves in partnership with the Alliance for Climate Protection, Control Room and MSN – have used the prefix of the world’s most recognisable charitable concert.

Geldof: "It sounds like Live 8. We’re getting lots of responses from people who think we are organizing it.." They’re not?

Al Gore’s penguin-friendly army have had little trouble signing up the world’s favourite pop stars  themselves and putting on a massive show.

Madonna, Justin Timberlake, Kanye West, Alicia Keys, The Red Hot Chili Peppers, Smashing Pumpkins have all found it their charitable duty to perform for the event.

Not only are the big stars shining there are 7112 concerts worldwide called "Friends of Live Earth"  – not to be confused with the environmental pressure group Friends of The Earth – for the little ones to sparkle too.

Apart from raising awareness among the next generation of 4×4 drivers, what does Live Earth hope to achieve with the attention gained through a live music spectacular?

"We will have specific goals that will be very significant and hard-hitting" said Gore, on June 18 this year. What are the goals of Live Earth 2007 then? Clear as the melting ice, apparently.

So if you thought Live Earth was simply a jet-fueled vehicle for the commerical interests of artists, record labels and washed-up politicians with financial interests in climate change technology, that abuses a useful charity concept and distracts from other important world issues, think again.

Geldof again: "I would only organize Live Earth if I could go on stage and announce concrete environmental measures from the American presidential candidates, Congress or major corporations,"  he thundered to the Dutch newspaper, De Volkskrant.

It would be wrong to say Live Earth is not completely without a "giving" side. The official buy-me merchandise for Live Earth The Live Earth Global Warming Survival Handbook, which isn’t written by Al Gore,  lists 77 tips you can do to help avert climate catastrophe.

Party-goers can read assured they can offset the number of polar bears that will float to their deaths on stranded icebergs this winter because their attendence added to the already continental-sized carbon pawprint of staging Live Earth.

Some profits from the Live Earth concerts and the book will go toward the Alliance for Climate Protection, an institutional megaphone founded and chaired by Al Gore to tell the public to take action on climate change. Starting right after the plug is pulled on Live Earth, of course.

Arctic Monkeys, the band the internet superhighway made famous, refused on principle to perform for Live Earth. The drummer told AFP: "It’s a bit patronizing … when we’re using enough power for 10 houses just for lighting. It’d be a bit hypocritical."

At the other pole Nunatak,  the house band of the British Antarctic research station, will perform. Surrounded this year not just by one-foot waddlers but by 700’000 square kilometers of additional sea ice.