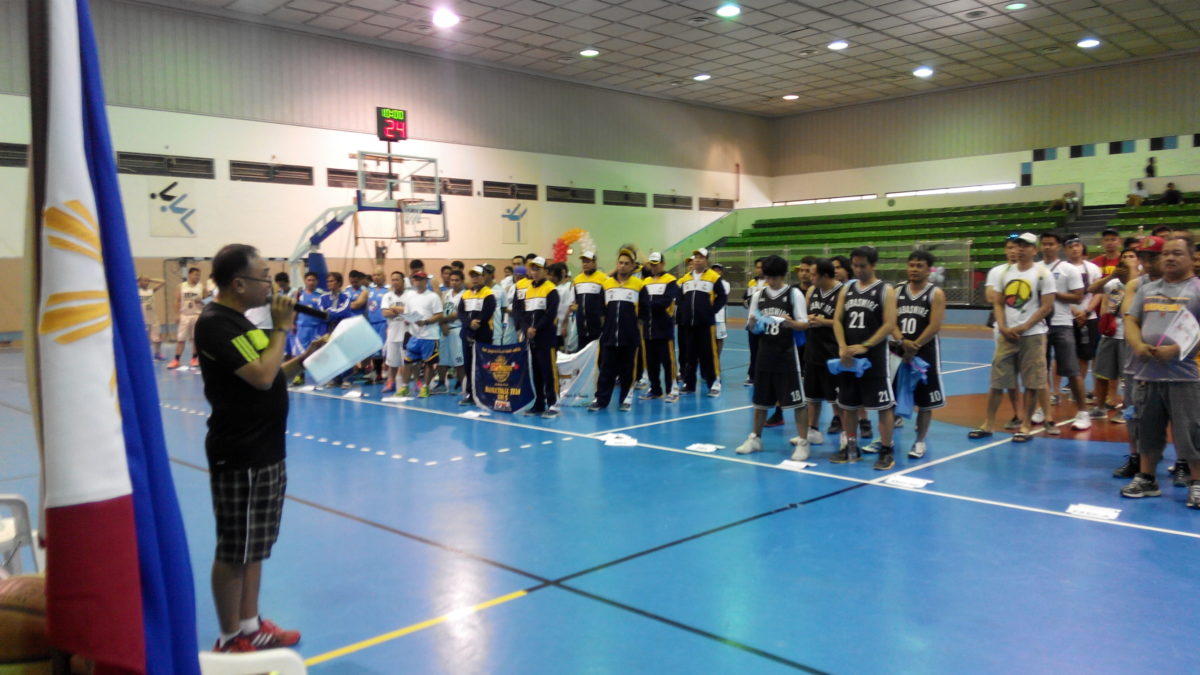 Dammam, Saudi Arabia – The 2015 Eastern Province Basketball League (EPBL) First Conference opening was ignited with a parade of all participating teams to which Bahrain Philippine Cargo (BPC) basketball team showed brilliance during the procession of teams in the opening ceremony held at its new home in Al Nahda Club Gymnasium here on Friday.

The BPC led by Team Manager Marlon Gargar even mesmerized the vociferous crowd and earned the Most Organized and Best Team Management awards. On the other hand, the Saudi Diesel Company lifted the Best Uniform Award competing with other 26 competitive teams that entered in the tournament. 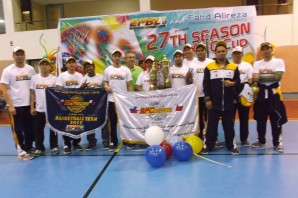 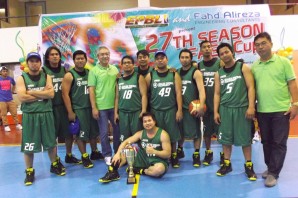 During the ceremony hosted by Joel Baron, Rashed Al Hattlan, the founder and advisor of the EPBL delivered an inspirational message to the delight of the crowd. Singing talent, Johnrey Salvia, founding chairman of Sojourn Music performed so well that creates a loud buzz, while Wise One talents surprised the teams with their rap songs. 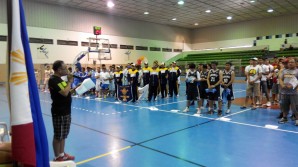 Master of Ceremony, Joel Baron, with the participating teams

In the opening salvo, Al Iman Company erupted early in the first quarter with a 20-13 lead, fueling past newcomer Saudi Diesel Company to an 88-71 win. Al Iman with new coach Marwin Musa had almost got a score from all of his boys led by Ferdie Pangan with 20 points. Saudi Diesel’s Robert Pangilinan led all scorers with 25 points but not enough to carry the team of Coach Augusto Pacheco.  On the other game, newcomer Al Blagha Group team notched their first win against Zamil Offshore, 77-73.