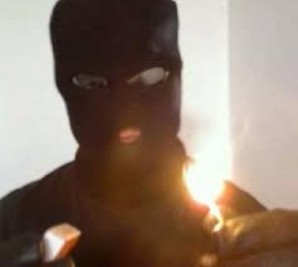 Al-Qaeda suggests ways on how to use wildfire to cause damage and spread fear. In this article we expose that and publish information on “preventative measures” found in unclassified DHS report.

An unclassified report by the Department of Homeland Security (DHS) indicates Al-Qaeda has issued instructions in its terror magazine “Inspire” on how to set wildfires in the United States.

It suggests that using wildfires as a tactic because of its potential for casualties, economic damage, and wide media coverage; and the accompanying psychological effects of fear and terror.

In addition recent posts to English-language violent Islamic extremist Web forums have also encouraged individuals in the United States to start wildfires and given specific instructions on how to do so.

According to the DHS the equipment and materials needed to use fire as a weapon are “common and easily obtainable, making preoperational activities difficult to detect.”

Montana and California are specifically mentioned as ideal targets for wildfires.

Among other things the terrorists suggest that “the disabling of fire suppression devices (such as sprinklers) and alarms is an effective way to increase the potential damage from an arson attack, and often requires insider access and system knowledge.”

According to the DHS:

“We do not have any current intelligence indicating terrorists or violent extremists in the United States are planning to use fire as a weapon as described in Inspire magazine and online violent extremist forums. However, because terrorists have long shown interest in this tactic, which is inexpensive, low risk, and requires little technical knowledge, we encourage first responders to remain vigilant to indicators of the potential use of fire as a weapon. First responders and private sector security officials in large metropolitan areas should be sensitive to the risks posed by adjacent forested areas for fire initiation and propagation into the city or other critical infrastructure. We judge that individuals seeking to use fire as a weapon might consider such forests or wooded areas as prime targets for starting fires aimed at achieving maximum destruction and casualties. Because terrorists can use fire (in the form of an Improvised incendiary device) in combination with firearms, mitigating this complex threat will require pre-planning and a coordinated fire service and law enforcement response.”

Wildfires
—Promote public awareness by working with the community to remove
combustible fuel and vegetation from around homes and businesses.
—Identify critical infrastructure or key resources that may be affected
by large-scale, rapidly moving wildfires, and plan for accessibility for firefighting
resources and water supply.
—Ensure personnel review current standard operating procedures for
brush and wildfires, and train for large-scale, advanced fires that are common to
arson crimes.
—Ensure that the equipment needed to control and extinguish fires is
ready and properly maintained (such as off-road vehicles, brush fire pumps, and
chain saws).
— When possible, increase staff during high-risk periods of low
humidity, little or no rainfall, and high winds.
—Coordinate law enforcement and park service patrols of high-risk
areas, identified as those with residential, business, or critical infrastructure.
—Preplan operations and coordinate necessary equipment needs
(water shuttles, relay pumping operations, or drafting from natural water
resources) for potential incidents where accessibility to water is limited.
—Confirm and coordinate the availability of aviation resources for
command and control of large-area brush and wildfires.
—Confirm the availability of any maps or depictions of park areas as a
resource for incident command.
—Coordinate and preplan the effective evacuation of residential and
business communities as well as scene security and force protection.

Urban Fires
—Review standard operating procedures and firefighting tactics for search, fire
suppression, and evacuation for those occupancies deemed as high-target areas.
—Review procedures and train on operations dealing with large-scale,
advanced fire situations, as well as the procedures for developing large-caliber
firefighting streams, communicating multiple alarms, and coordinating incident command.
Coordinate with emergency medical services and review plans for largescale
triage, treatment and transport of patients, and surge capacity for local medical
facilities.
—Coordinate with local law enforcement for scene security, force protection,
and joint operations.
— Identify critical occupancies or infrastructure and review procedures for
access, communications, search, and control of fire.
—Coordinate with local fire safety and emergency evacuation directors the
review, updating, and exercising of any building emergency action plans that provide for
sheltering or evacuation of building occupants, with particular emphasis on large lifeharboring
institutions, areas of public assembly, and institutional, educational, and critical
infrastructure.
—Review plans and operations for smoke control and ventilation equipment to
protect those occupants who might have to shelter in place.
—Alert fire and emergency medical units to report any suspected acts of
vandalism related to fire-protection systems, devices, or equipment.
—Review and conduct drills on processes to create water supply independent
of building fire-protection systems or to augment these systems.

Special message to all fire fighters and law enforcement in the United States: