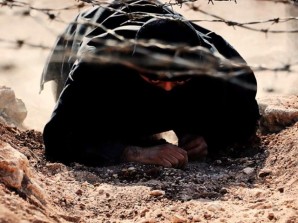 PLAYING WITH FIRE: Al-Qaeda fighter trains in Syria to fight alongside rebels supported by U.S. and Saudi Arabia and other Gulf state allies.