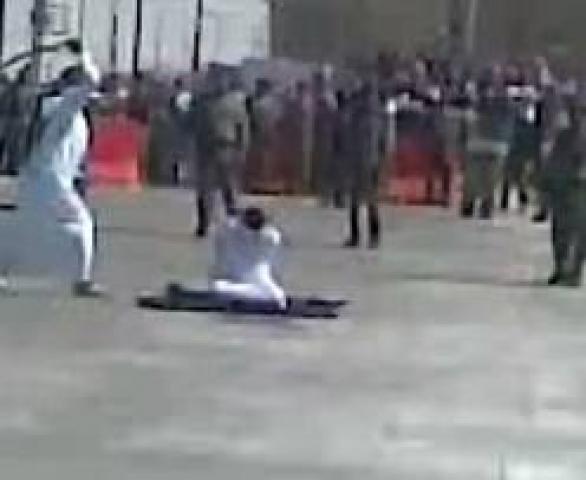 In a video posting al-Qaeda chief Ayman al-Zawahiri called on the Saudi people to start an uprising against the US backed Al-Saud family:

“Muslim brothers in the land of the holy mosques! A year has passed since the uprising of the Arab people against their rulers…my dear brothers, why do you still accept to be ruled by the Al-Saud family. They are one of the worst corrupt governments who steal your money,”

The video showed footage of Saudi Arabia’s King Abdullah meeting Pope Benedict XVI, and US President Barack Obama. “Why don’t you follow the example of your brothers in Tunisia, Libya, Egypt, Yemen and the Levant?”

An apparent reference to to the “Arab Spring uprisings” that has swept across North Africa and the Middle East since December 2010.

The six-minute video was produced in March and appeared Thursday on extremist websites. So far it has been widely reported by media sources.

“It has been nearly a year now since the Arab peoples rose against their rulers. They rose in the west and north, and you don’t move,” the Egyptian-born Zawahiri said in the video.

“My noble brothers, why are you patient with the rule of the family of Saud, while it is one of the worse regimes in terms of corruption?” he asked.

Al-Zawahiri is believed to be hiding in Pakistan’s tribal region that borders Afghanistan.

The FBI would like you to know that it is still offering a $25 million reward for information leading to his capture, the same amount incidentally as the reward for bin Laden when he was alive. Al-Zawahiri was indicted for his alleged role in the August 7, 1998, bombings of the United States Embassies in Dar es Salaam, Tanzania, and Nairobi, Kenya, that killed 224 civilians and wounded more than 5,000 people so far, according to FBI sources…

Al-Zawahiri today is al Qaeda’s new No 1 man in charge.

See also article: Why Is Obama Selling Arms to a Theocratic Dictatorship? http://www.tnr.com/article/world/99286/saudi-arabia-arms-deal-obama-human-rights

Saudi Arabia has been and continues to be both brutal and extremely violent towards its own people.

But, let’s be honest for a moment, such issues as human rights is not top on the US agenda when dealing with Saudi Arabia, never has been. This, of course, poses a particular problem for President Obama who says he is a promoter of human rights around the world but then turns a blind eye to such blatant violators of human rights as Bahrain and Saudi Arabia which are oil rich nations – reflecting clear hypocrisy on this issue.

Such things as freedom of religion and freedom of speech is banned in Saudi Arabia.

Christians are also persecuted to such an extent and it is considered a criminal offense to even have a bible in the country. According to some Christian friends you can be whipped and beaten in the street for saying “Jesus Christ is Lord”.