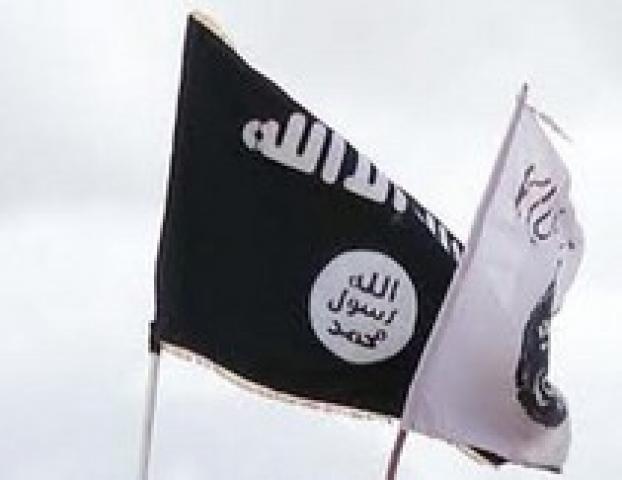 The US waged a “undeclared war” in Libya for regime change that resulted in tens of thousands of deaths, including those of innocent women and children. A listing of US led NATO war crimes in Libya are too many to list, but include such things as: “terrorism, Financing terrorism, waging a war of aggression and murder, killing innocent civilians, violating international law,  (See:Will the ICC Act? Indictment against NATO http://english.pravda.ru/opinion/columnists/16-11-2011/119646-indictment_second-0/ ).

The US also supported al-Qaeda linked Islamic rebels in overthrowing the Gaddafi regime and spend millions in US aid money in the country.

What is the lasting legacy of that – Al-Qaeda flags flying high atop the central courthouse building in Benghazi? Indicating allegiance and loyalty to America’s number one geopolitical foe.

“What the heck is going on here” said one intelligence official, speaking on the condition of anonymity. “Is this what we supported?”, he said. The short answer is “yes”. Yes the US did support terrorism in Libya, evidence of which is an al-Qaida presence in that country which is unchallenged. Nor is this story receiving much attention by major news sources in the United States.

"Earlier this week, I went to the Benghazi courthouse and confirmed the rumors: an al Qaeda flag was clearly visible; its Arabic script declaring that “there is no God but Allah” and a full moon underneath. When I tried to take pictures, a Salafi-looking guard, wearing a green camouflage outfit, rushed towards me and demanded to know what I was doing. My response was straightforward: I was taking a picture of the flag. He gave me an intimidating look and hissed, "Whomever speaks ill of this flag, we will cut off his tongue. I recommend that you don’t publish these. You will bring trouble to yourself”, says Sherif Elhelwa. Elhelwa ignored those concerned and published the story,w hich was rejected as “newsworthy” by many news agencies in America.

When I got an email inviting me to report on this story, I did a preliminary fact check and decided to run with it.