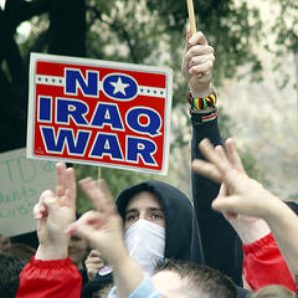 Iraqi authorities are planning a major attack to gain control over Anbar Province’s Fallujah and Ramadi cities held by al-Qaida’s Islamic State of Iraq and the Levant (ISIL).

Falluja and Ramadi are strategic Iraqi cities on the Euphrates River bordering Syria. Reportedly, the ISIL has tightened its grip on vast territories of Anbar province in a bid to create a Sunni Muslim state that covers Iraq and parts of Syria.

Iraqi security forces and their tribal allies made gains Sunday in Ramadi, reclaiming parts of the city from Sunni militants aligned with al-Qaida. An airstrike on Ramadi city killed 25 Islamist militants, Reuters reported.

But the ISIL appears in complete control of the key city of Falluja. Government’s efforts to wrest Falluja are getting complicated due to the defection of some tribal leaders, who have now befriended the al-Qaida mercenaries, according to reports.

Anbar province is a predominantly Sunni area that harbors widespread disenchantment toward the discriminatory policies of the Shiite-led Nouri al-Maliki’s government.

The Sunni grievances have forced some armed tribesman to side with the al-Qaida, which aims to set up a separate Sunni Islamic state in Iraq.

According to an AFP report, “witnesses reported ISIL militants patrolling both the cities bearing black flags.” Reportedly, some of the militants already declared Fallujah as an Islamic state during Friday prayers.

According to Reuters, “Talks between Iraqi government officials and tribes made little headway on Sunday, with some tribal leaders hesitant to negotiate at all and others afraid of opposing al-Qaida.”

The ISIL’s strength and support network reportedly spans more than one country. It has well-entrenched base within Syria, which it established during the Syrian civil war.

With the withdrawal of US forces from Anbar province two years ago, the al-Qaida took advantage of the power vacuum and drove out the Iraqi forces.

With the territorial control of Anbar province, the ISIL has become a force to reckon for the Iraqi administration. The group’s success in controlling Fallujah could mark a shift in Iraq’s sectarian violence from car bombs and suicide attacks to ground battles.

While the US ruled out return of US ground troops to Iraq, there is a possibility that the US could deploy drones to support the Iraqi government’s counteroffensive, according to reports.

So far, the increased military assistance, combined with intelligence support from the CIA could not prevent the resurgence of al-Qaida in western Iraq.

Further, with Iraq preparing a counterattack on Anbar province, the region may soon see protracted violence and bloodshed.

Al-Qaida’ capture of Fallujah only tells of strategic disaster in the Middle East presided by United States.

Images of al-Qaida’s black flags flying in Fallujah, where more than 1,300 US troops were killed during the war undermines the White House’s narrative of success in Iraq.