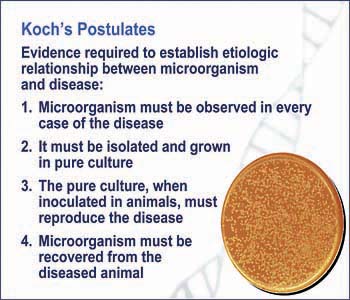 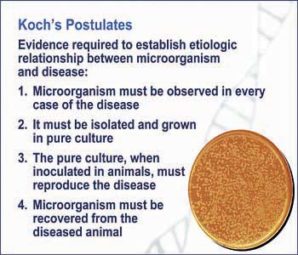 Koch’s postulates: A process for establishing causation between an agent and a disease, Koch’s postulates were first developed for studies of infectious disease agents.
Early on, the assumption was that a single exposure lead to a certain disease or trait. That was replaced by the epidemiologic concept of multi-causality; that things aren’t always that simple. Scientists would recognize that many diseases have multiple causes.
Diseases are not caused by environmental factors alone, but also by constitutive factors that have to do with genetics and other forms of conditioning and inheritance.

Alcohol in the United States kills more people than all the illegal drugs combined.
The apathy to this social problem is compounded by the fact that our established medical community has the audacity to call alcoholism a “disease”?
This even goes so far as to be indoctrinated into our nursingand medical students.
But if alcoholism is a disease, then it is the only disease that:
1) Is sold in bottle and cans.
2) Produces revenue for our government.
3) Has no germ or viral cause.
4) Is advertised all over newspapers, magazines, radio, and television.
5) Causes violent death on the highways.
Indeed, alcohol (the instrument of oppression) is that which destroys a nation.
Alcohol propels one’s health to self-destruction, destroys family life and increases crime. Alcoholism is “for sale” in this country.
Alcoholism rips and tears at the very foundation of our country, touching virtually every family in the United States.
There is no gene that predetermines a person to be an alcoholic.
There is no particular disposition to alcoholism other than the intense social pressure in this country to drink!
When we as a society call “alcoholism” a disease (besides setting ourselves up to fail), we encourage apathy and a sense of helplessness within the mind of the individual.
Be it subconscious or subliminal, there is that association with the word “disease” which tells us that no matter what we do, or how hard we try, alcoholism is something we cannot help; after all, it is a disease. Alcoholism is not a disease but is an addiction.
It’s contracted by the will of man. It is Satan’s doing. Alcohol has destroyed many people’s lives especially during the holidays when alcohol sales are way up…
Exercise reason and think before you take that drink!
See related research: http://www.baldwinresearch.com/alcoholism.cfm
See article: Disease Concept of Alcoholism – the Myth http://www.soberforever.net/alcoholism-disease.cfm
Filed under: News, Science
Share Tweet Pin G Plus Email
previous article: When we call alcoholism a “disease” we encourage apathy and a sense of helplessness
next article: A Little Hand Reaches Out For Love