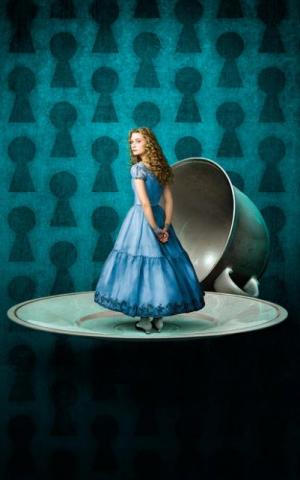 The movie, which is scheduled to be released in mid 2010, will be a bit different from the original 1865 story as it begins with a teenager Alice returning to Wonderland years after the events in Carroll’s books "Alice’s Adventurers in Wonderland" and "Through the Looking Glass".

The movie will feature Johnny Depp, Burton’s favored actor, as Mad Hatter, a character appearing in the chapter "A Mad Tea-Party" in the book version. This is the seventh time the director has worked with Depp, who "doesn’t like to do things the same way twice be the same way twice," Burton told the Los Angeles Times.

British actress Helena Bonham Carter, who worked with Burton and Depp in the movie "Sweeney Todd", will play the Red Queen, a wicked woman in the book "Through the Looking Glass".

Other major roles include Mia Wasikowska as the heroine Alice, Anne Hathaway as the White Queenand Matt Lucas as the fat brothers Tweedledee and Tweedledum.

As for the dark side, producer Richard Zanuck is sure most kids can handle it. "This is for little people and people who read it when they were little 50 years ago," he toldUSA Today.