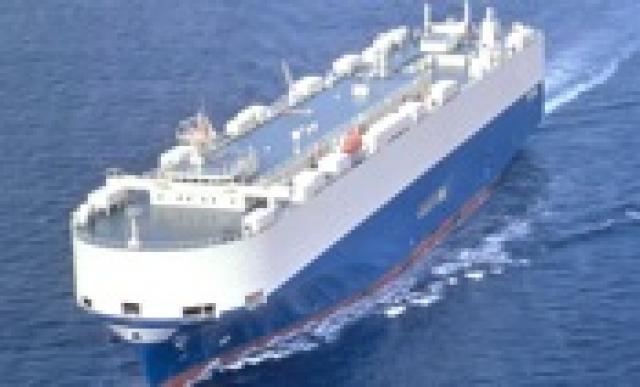 As partner of London Law firm Ince & Co, Stephen Askins often reviews recent developments in relation to piracy. His new take is on the use of armed guards on vessels travelling through the Gulf of Aden and other areas of high piracy risk.
In his latest article he covers the key issues that shipowners, charterers and insurers should address when considering employing armed guards or escort boats to protect their vessels, but he also summarizes the present piracy situation related to Somalia by stating:

" By March 2011 the average duration of the hijacking of the most recent six ships released reached 214 days. The corresponding average for the amounts paid in ransom is difficult to calculate from open sources, but is estimated to be approximately US$4 million. These figures are an increase of almost 100% on those of January 2010. The levels of piracy activity in December 2010 and January 2011 have far exceeded those for the corresponding periods last year. Despite the best efforts of the limited military resources, the pirates seem unstoppable and, notwithstanding a greater use of citadels, vessels continue to be hijacked.
The use of armed guards remains a controversial policy but more owners are being pushed in that direction as they compete for business in a difficult market. The recent shocking events on the Beluga Nomination and the yacht Quest have again highlighted the ruthlessness of the Somali pirates, particularly when threatened by military action."

Based on own statistics ECOTERRA Intl., the nature protection and human rights organizations which – having been engaged with the struggle against fishing-piracy and dumping already in the days when there still was a functioning government, but today unfortunately has to also record and monitor as well as to mitigate and to mediate all forms of crimes in Somalia and on its waters, confirmed Askin’s rough assessment of the increase on all levels of piracy activity, but added that also the level of violence in this sphere has drastically escalated.

"Most of the pirate groups now have members who feel that they have an axe to grind with those, who they feel are responsible for the death or arrest of one or more of their close relatives, states Dr. Linda Wesley (*). "Often without reflecting their own criminal deeds, many Somali youngsters now go on these piracy missions with the mindset of a Kamikaze fighter." she says. Dr. Wesley is working with ECOTERRA Intl. in Kenya specifically on post-kidnap counselling of victims, who had been held hostage, as well as with refugees from Somalia, several of whom had been subjected to the most severe and cruel forms of corporal punishment or had been tortured.

UNICEF, the United Nations Children’s Agency had many years ago financed for a short time some PTSD-counselling of war affected teens and children in Somalia, but then had given up, she remembers. Today nobody cares for traumatized people in Somalia, where even the most basic emergency medical services are lacking supplies or are simply non-existent.

"The surviving, severely traumatised children have now grown up and join mostly either so-called government troops, the militias, the pirates or the fundamentalist Al-Shabaab fighters. Their common denominator thereby often seems to be guided by a revenge regime under which they feel it is important to pay back to an often identified (members of other clans or sub-clans) but more often unspecific enemy ("foreigners"), whom they hold responsible for the loss they had to suffer during their childhood," the psychiatrist explains.

"The increased ruthlessness observed recently on board of sea-jacked vessels, has deep roots and the spiral of violence will for sure further escalate, of no drastic changes are implemented" says Jackson Kilonzo, who is one of the case-monitors of ECOP-marine. "While de-escalation should be mandatory, we only observe a serious increase in the often deadly provocations, acts and reactions on all sides. "At the end everybody will loose," Kilonzo concludes and – looking into the future – adds: "If the naval acts and provocations just close to the coast of Somalia will not be stopped, the Somalis will use ever larger and more dangerous hostage-vessels to force their way through. Then the navies will have to respond at one point of time and a catastrophic disaster could be the outcome."

At present the VLCC IRENE SL is again away from the Somali coast, acting as extremely dangerous pirate launch. It is a vessel with a cargo of crude oil with an approximate value of $200 million.
None of the East-African countries has adequate oil-spill response-capabilities and no appropriate response mechanisms are in place, if e.g. a cruise ship with hundreds or thousands of people on board would be sunk. Though there are many naval vessels in the area, the rapid assistance required in such a worst case scenario could be provided by nobody, while especially Somalia itself has none of any of these assistance capacities at all.

Tangible decisions have to be made to allow for a de-escalation strategy, which must start on the sea but then must also come as well from the land.

"While navies and other vessels should simply stay out of the Somali waters, the navies must rather stop the further expansion of the Somali piracy and prevent them from reaching the far coasts of the Indian Ocean. Simultaneously massive programmes to employ and educate the youth, who are barely surviving along the impoverished coastlines of Somalia, must set in and deprive the criminal gangs of their human resource base," Kilonzo states and explains: "Most of the Somali boys actually don’t want to join the pirate gangs, but with no alternatives and no job opportunities, many feel that this is their only way out of the daily misery and they definitely also lack guidance because there is always a way to not go down the criminal path." But most young members of the sea-bandit gangs, whereby some are now recruited from Yemen, Ethiopia and Kenya, believe that with no chance on land the prospects on the sea – to get rich, to be arrested and gain asylum or to die – are always better and more noble than to just remain on land and witness your family slowly dying of starvation or untreated disease.

Most of the teens and young men especially in the Central regions and the hinterland of Southern Somalia were only used to look after the few heads of livestock belonging to their family, which often enough is wiped out due to drought, driven away in raids by feuding neighbour sub-clans or slaughtered in restitution drives of armed fundamentalist groups or other militias, leaving them no chance but to move out of their home territory.

Somalia has since 20 years no proper school system and vast areas have no schools at all. But with the increasing impact of a biting, severe drought, many people, especially of the younger generation, will no longer just give in to dying of starvation, like it was the case in 1992. Many of the often illiterate boys, if they don’t have a chance to get a space on a refugee boat to Yemen, find only work in the civil-war machinery or in piracy, having learned how to handle an AK 47 assault rifle from earliest childhood.
From Johnny Cash with his famous song "A boy named Sue" to French President Nicolas Sarkozy all agree that childhood humiliations are enormous triggers and determination-factors in a person’s live.

While Johnny’s Sue lamented: "My daddy left home when I was three And he didn’t leave much to ma and me", but admitted it caused that he "grew up quick and grew up mean," –the fists got hard and the wits got keen –, almost like the skinny and young Somali teens throwing themselves on a merchant vessel, Nicolas Paul Stéphane Sarközy de Nagy-Bocsa is more specific. According to Catherine Nay’s semi-official biography, Sarkozy said that "being abandoned by his father shaped much of who he is today. He also has said that, in his early years, he felt inferior in relation to his wealthier classmates and "What made me who I am now is the sum of all the humiliations suffered during childhood".

Many of the youthful Somali pirates might not feel much different and after realizing one can get millions from piracy, some might even have not only pirate-boss but presidential ambitions.
With 20 years of civil war in Somalia and the fathers nowhere to be seen as role models except in form of some of the kleptomaniacs, warlords or pirates – measured only by their money-wealth – and with decent elders on the endangered or extinct list as well as with the general feeling of "No Hope – except if you take by whatever means what you need – even if the civil-war and the piracy would miraculously stop overnight, there will be many decades to rebuild the state and the Somali human society.

But instead of engaging in development, all what is left in form of a leadership seems to be only engaged in power-struggles to position themselves and their sub-clans to be at the best slots for a future rain of wealth – a rain which will never come, like the natural one fails the country sinking into ever deeper desertification.

For further details and regional information see the Somali Marine and Coastal Monitor and the situation map of the PIRACY COASTS OF SOMALIA (2011). See the archive at www.australia.to and news on www.international.to

ECOTERRA Intl. is an international nature protection and human rights organization, whose Africa offices in Somalia, Kenya and Tanzania also monitor the marine and maritime situation along the East African Indian Ocean coasts as well as the Gulf of Aden. ECOTERRA is working in Somalia since 1986 and does focus in its work against piracy mainly on coastal development, marine protection and pacification. ECOP-marine (www.ecop.info) is an ECOTERRA group committed to fight against all forms of crime on the waters. Both stand firm against illegal fishing as well as against marine overexploitation and pollution.