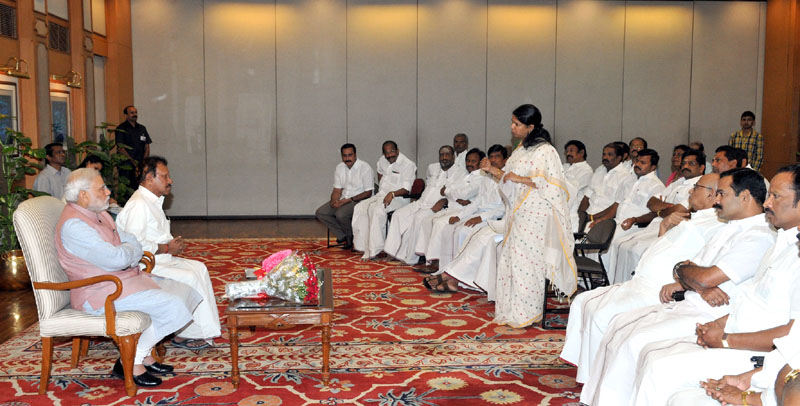 All party delegation of MPs from Tamil Nadu calls on the Prime Minister, Shri Narendra Modi, in New Delhi on March 28, 2015.

New Delhi (PIB-GR-TYP-BIN): All party delegation of Members of Parliament from Tamil Nadu under the leadership of Dr. M. Thambi Durai, Deputy Speaker, Lok Sabha met the Prime Minister, Mr. Narendra Modi, on the issue of Cauvery water dispute on March 28. The delegation members handed over a memorandum on the issue to the Prime Minister and requested for immediate and amicable solution of Cauvery water dispute.