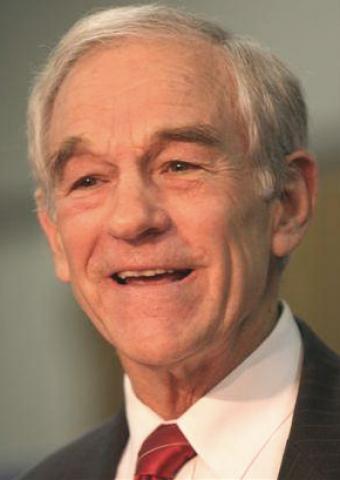 Recently there has been a story uncovered which seems to portray Congressman Ron Paul as a racist. Apparently, there were some newsletters, which were authored in the Congressman’s name that contained racist comments. When pressed on the issue the Texas Congressman made it clear that he was not the sole author of the newsletter and that several writers contributed to the articles. Ron Paul publicly stated that he did not author these particular articles and that he does not know who did.

As a supporter of Ron Paul, I was a little dismayed to hear about these allegations and my gut instinct is to jump to his defense and dismiss such things out of hand, but that would not be prudent, wise, or even in line with my principles. It was important that I do a little research on this issue and see if there is in fact any validity to these claims.

It seems as though the story has been making its way around to all of the blogs and people on all sides have their own opinion as to what it means in the grand scheme of things. The one thing that I find interesting, and yes perhaps the most telling, is that it is mostly those that support the status quo in both Parties that are exacerbating this issue.

The media outlets and those propagating these allegations have branded the Texas Congressman with the title of racist without any proof whatsoever that Ron Paul was indeed the author of the statements in question. The situation is that the media tried to minimize Ron Paul and demean his supporters. When they were unsuccessful at that, they are now scrambling to find anything, real or manufactured, that might scare any undecided voters away from considering the Texas Congressman as a candidate.

There is not much in the world that can be more destructive to a candidate than to have your name in the same headline as racist. The gut reaction alone would cause most of the population from even considering that person. If it were that big of an issue, I would think that they would have brought it out sooner than this, but they feel threatened and it is time for them to get real nasty.

What you have are those people that support the choices for candidates that the media has been pushing on the public all along waging a smear campaign against a candidate that they cannot find any dirt on. No matter which side of the aisle, there is not one person against Ron Paul that does not support one of the establishment candidates, which tells me that this is strictly a politically motivated attack.

The fact that these allegations are not new and were answered back in the nineties makes it even more suspicious that they should be brought forward again just when the Texas Congressman is starting to actually make a showing in the National Polls.

The one thing that really makes me not believe that Ron Paul is a racist is that it is not consistent with his message, or with any speech, I have ever heard him deliver. The Texas Congressman has long been a staunch advocate for minority communities by trying to limit the encroaching government control over cities and their populace. I have heard Ron Paul sing the praises of Martin Luther King and Rosa Parks for their involvement in the “Civil Rights Movement,” and I have no reason to doubt his sincerity in this issue.

Nelson Linder, President of the Austin, Texas chapter of the NAACP has known Ron Paul for over twenty years and has stated unequivocally that he does not believe that the Texas Congressman is a racist at all. As a writer, I can say that it is not beyond reason that a writer can contribute to a newsletter that has several authors and your opinions not mesh on all issues. Unfortunately, in some cases, you may not even know the other author but there is certainly guilt of association, especially in such sensitive matters.

Filed under: Opinion, Politics
Share Tweet Pin G Plus Email
previous article: Human Cloning and Its Social Impacts
next article: Healthy Feet: You Have Two Arches on Each Foot.