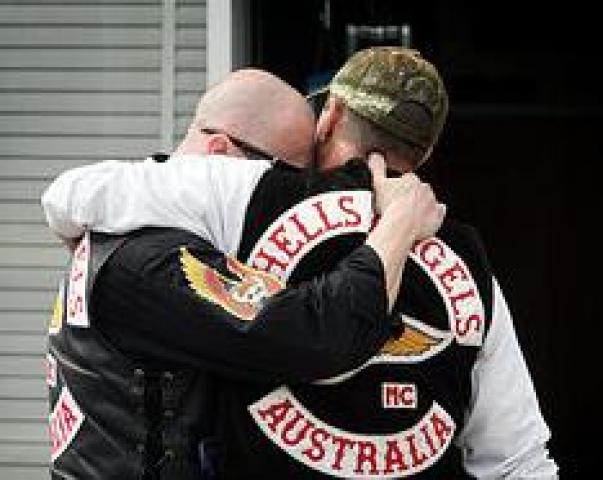 Peter Zervas, 32-yo of Punchbowl Sydney is the first alleged Hells Angel member charged over the airport brawl on 22 March 2009, which claimed his brother’s life.

Zervas was taken to Burwood Police Station charged with affray and riot over the 22 March 09 brawl.

Zervas was refused bail and due to appear in ‘s Thursday.

Police will allege Zervas is a member of the Hells Angels motorcycle gang.

Zervas’ brother Anthony, 29-yo, was left to die in a pool of blood after the brawl involving Comancheros bikie gang members.

courts were told Anthony Zervas suffered stab wounds and severe head injuries during the brawl resulting from being bludgeoned with a steel bollard.

Six were charged with affray and riot in relation to the airport brawl.

Hawi was refused bail and remains in custody.

One-week week after his brother’s violent death, Peter Zervas was sprayed with gunfire outside his family’s residence in Lakemba, in Sydney’s southwest as he pulled up in his car at night and suffered gunshot wounds to his shoulder, hip and foot as he sat in his car in the driveway. No-one was charged over that shooting.

Police expect to charge more people over the brawl, which broke out in front of bystanders on a Sunday afternoon before rolling through two levels of ‘s domestic airport.