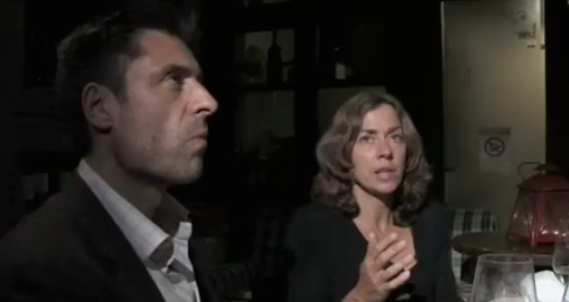 Freedom looks to be on the horizon for Amanda Knox and Raffaele Sollecito, in Perugia, Italy. Both were convicted in 2009 for the murder of Knox’s roommate Meredith Kercher. Both have adamantly denied any involvement in the murder.

Where the original trial was a prosecutor’s dream come true, the appeal has been a complete disaster, where the prosecution has lost on every key issue. The prosecution’s most important witness from the first trial admitted that he was a heroin addict on appeal and told the court, quite unashamedly, that he was using heroin on the night in question—-a humiliating blow to the prosecution, prompting Judge Hellmann to cut his testimony short and have him escorted out of his courtroom.

The most damaging blow to the prosecution came from independent experts appointed by the court to review the DNA evidence. The experts’ testimony discredited the alleged murder weapon and a DNA laden bra clasp used to secure the convictions of Knox and Sollecito.  Knox’s father Curt Knox summed it up best when he told CNN “the prosecution has no case left.”

The Architects of “Foxy Knoxy”

While the common wisdom is that the tabloid media played a major role in spreading lies and misinformation, the reality is that a trio of yellow journalists have been the worst offenders.  Those journalists are Nick Pisa, Barbie Nadeau and Andrea Vogt.  These three journalists were the chief architects of the Foxy Knoxy myth and have fueled the anti-Knox fervor working as mouthpieces for Giuliano Mignini, the corrupt and convicted prosecutor that secured the convictions against Knox and Sollecito.

Media coverage of this case played a role in the wrongful conviction of Amanda Knox and Raffaele Sollecito. Knox was mistreated horribly by the media with disparaging headlines that were endless.  These disparaging headlines and salacious articles were not confined simply to common tabloids, but to well known magazines as well, such as Newsweek. 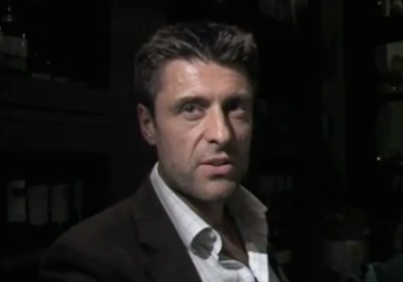 Nick Pisa, a freelance journalist from the United Kingdom who writes often for The Daily Mail, has recently shifted his opinion on the case, now leaning toward innocence.  Regrettably however, his change of heart is too little too late because of the damage he has already caused. In fact, he was the first reporter to use the name “Foxy Knoxy” after browsing Knox’s MySpace page looking for dirt. The catchy nick-name was very attractive to the media helping to fuel the myth that Amanda Knox (Foxy Knoxy) was a satanic ritualistic sex crazed killer.  However, Amanda Knox was actually given the nickname as a child for her moves on the soccer field. By the time the world came to realize who the real Foxy Knoxy was, it was too late. The damage was done.

Pisa’s tabloid sensibilities were loud and clear in the most recent appeal hearing when Knox appeared to bow her head momentarily in court. This prompted Pisa to contact the family, looking to see if Amanda had “passed out.” As it turned out Knox was completely fine leaving Pisa without his shocking headline. 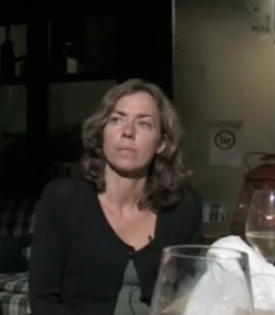 Barbie Nadeau, who reports for the Daily Beast, did not disappoint her fans with her rapid fire tweeting from the pressroom at the most recent hearing. In fact she earned the award for most tasteless tweet for this gem: “Court discussing the appropriate way to cut a bra off a dead body. Where is a mannequin when you need one?”

In recent months, Nadeau has exhibited an obvious bitterness during the appeal—-a resentment that most likely stems from being on the wrong side of history.  Nadeau, who published a book under the laughable title: “Angel Face:  The True Story of Student Killer Amanda Knox” must feel pretty awkward for being so blatantly wrong.  At one point, Nadeau hilariously tweeted that she was actually objective, somehow forgetting the title of her horribly written book.

Recently Nadeau wrote an article for the Daily Beast suggesting that Meredith Kercher’s actual killer might receive a get out of jail free card if Knox and Sollecito were allowed to walk. To anyone who understands the forensics in this case, this line of thinking is beyond absurd as all credible evidence points directly at Rudy Guede. Unfortunately, Nadeau has little choice but to go pursue the “Amanda got away with it” angle. Whether she likes it or not, Nadeau is one of the main faces of the yellow journalists who forced Knox’s guilt down her readers’ throats, all while distorting facts, using sloppy analysis and in some cases stating outright lies.

Recently, best selling author Douglas Preston, who wrote the Monster of Florence, confirmed Nadeau’s feelings for Knox and her family when he revealed that Nadeau openly admitted that she despises Knox’s family and she called the Friends of Amanda support group a “cult.” Nadeau made these comments almost three years ago, yet she continues to present herself as an objective journalist with regard to this case. 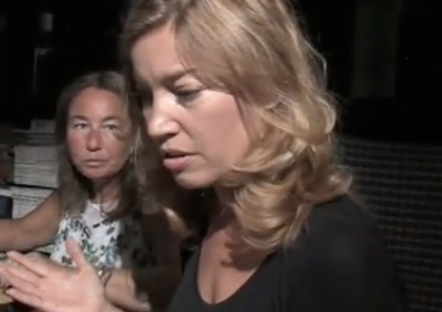 Andrea Vogt, who has written freelance pieces for Seattlepi.com and attended much of the first trial, has been conveniently absent during most of the appeal.

Currently, Vogt is working on a documentary about Amanda Knox which is expected to air after the verdict. In an amazing and ridiculous course of events, she actually sent an email to Knox’s family saying that they had her permission to ask to be in her documentary.  Yes, you read that correctly. The family of Amanda Knox was told they could ask to be in Andrea Vogt’s presumably horrible documentary which is about their own daughter!  Keep these ridiculous things in mind when you hear certain journalists talk about how objective they are.

Vogt has had an intimate relationship with anti-Knox bloggers since as early as 2008, interviewing them as objective sources without disclosing that they had been blogging under fake names about their belief in Knox’s guilt long before she ever even had a trial.

Vogt’s propensity for quoting anti-Knox bloggers as legitimate sources had not been confined to isolated incidents.  Rather, she has kept up this pattern consistently for years.  Very early in the case, Vogt quoted a woman named “Laura Wray” under the guise the she was an objective source, when in fact she had been blogging on Amanda Knox hate sites as early as 2008.  Additionally, Laura Wray only possesses a Bachelor’s Degree in science.

However, “Laura Wray” was not the first anti-Knox blogger Vogt would quote as an objective source.  In January of 2009, before Knox had even been tried for murder, Vogt wrote an article for the Italian publication Panorama in an article entitled “Meredith’s Murder Divides Seattle”.  In the article she quoted a man named Randy Jackson, who is now the moderator of an Amanda Knox hate forum called Perugia Murder File.  Vogt quoted Jackson as if he was an objective source without revealing that he had been blogging about his belief in Knox’s guilt for some time.  That same article quoted a woman named Kris Arneson who had also been blogging on Amanda Knox hate sites quite frequently.  Again, this fact was not revealed.  One would assume an objective journalist would give some sort of disclosure in all these instances, but Andrea Vogt never did any such thing.  Her consistent interviewing of Amanda Knox hate bloggers raises serious questions about her honesty and closeness to these sites.

The Architects Feast at the Table

The architects of the Foxy Knoxy myth, (Andrea Vogt, Barbie Nadeau and Nick Pisa) were recently interviewed together along with an Italian television producer, Sabina Castelfranco, for Dateline Australia. Pisa appeared blatantly uncomfortable throughout the video as Vogt and Nadeau spoke of well-known falsehoods as if they were common facts—-the largest being that there was mixed blood found at the crime scene (100% not true).  To Pisa’s credit, he managed to interject a little common sense when he said that the case would have never gone to trial in the UK due to a lack of evidence.

However, Pisa threw journalistic ethics out the window when he pathetically attempted to explain away his horrendous reporting on this case by placing the sole blame on the authorities in Perugia, espousing the principle that you should just write what the police tell you:

“If you’re getting some information from a primary source – like a police officer, like a prosecutor – you’ve got to take it at face value, you’ve got to believe what you’re being told”

Of course this logic is beyond ridiculous.  If this were a journalistic standard to strive for, we wouldn’t need journalists in crime cases—-rather we could just have the police write the articles themselves.

In the jaw dropping video, Vogt and Nadeau continue to promote one of the most egregious lies to be seen in this case: there was mixed blood at the crime scene. Both frequently repeat that Kercher’s blood was mixed with Knox ’s blood in several different places in the cottage. Mixed blood was never claimed by the prosecution, and no testimony was heard at trial.  But Nadeau, being the advanced forensic scholar that she is wouldn’t let facts get in the way, giving case followers possibly the dumbest analogy ever uttered by a reporter:

“I live in a house with three people (my two sons and my husband); I guarantee you I have never mixed blood with any of them anywhere in the house; I don’t bleed where they bleed; we never bleed at the same time.”

Yes, she actually said this on video.Whenever you read something this ridiculous, it is no wonder the media has gotten this case so wrong.  With utterances like these, we are not exactly dealing with sophisticated minds amongst the guilt purporting journalists in this case.

The truth is Kercher’s blood mixed with residual DNA that was already present in the cottage long before the murder took place. Knox was examined by the police and no wounds were found on her body. Knox was not bleeding, but more importantly, she was not there. Knox’s blood never mixed with Kercher’s blood anywhere at any time.

After nearly four years, if the architects of the Foxy Knoxy myth still cannot understand simple falsehoods like these, is it any wonder why the public has been so misinformed in this case?  Readers deserve better than the tabloid principles of Nick Pisa, the illogical musings of Barbie Nadeau and the terribly sourced articles of Andrea Vogt.

Hopefully, when Amanda Knox and Raffaele Sollecito are acquitted, it will be the architects of the Foxy Knoxy myth who will have to finally answer some tough questions of their own.