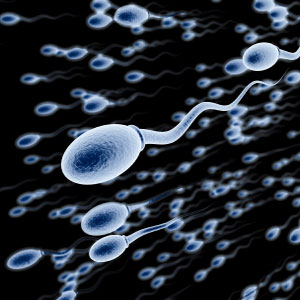 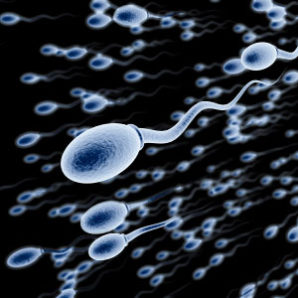 “I believe in evidence. I believe in observation, measurement, and reasoning, confirmed by independent observers.  I’ll believe anything, no matter how wild and ridiculous, if there is evidence for it.  The wilder and more ridiculous something is, however, the firmer and more solid the evidence will have to be.” – Isaac Asimov

In a murder inquiry that is carried out by competent investigators, anything suspicious that is found that can help to solve the crime, or provide irrefutable confirmation of the participation of a suspect, is collected, preserved and tested – except in Italy, apparently.

Meredith Kercher’s lifeless body was discovered in her locked bedroom at the apartment she shared with Amanda Knox in Perugia, Italy on November 2nd 2007.  Beneath her was a pillow with what appeared to be a semen stain.  It had been smudged by a shoe that matched the shoe print of others that were imprinted in her blood in the room where she died, so the sample probably belonged to her murderer.  As far as we know, it has never been tested, or if it has been tested, this fact and the results of the test have never been revealed.

The absence of this test has been one of the continuing mysteries of a botched investigation and mishandled prosecution that has now continued for six years, blighting the lives of the victim’s family and of Meredith’s innocent friend Amanda Knox and her then boyfriend Raffaele Sollecito.

Someone who was present in the room where Meredith died, probably left that sperm on her pillow close to the time of her death.  Who was that person?  If it was Rudy Guede, the man who is currently in prison and whose guilt has been confirmed by the Italian Supreme Court, it would have been a powerful additional piece of evidence against him.  No competent investigator would have ignored it.  Guede claimed that Meredith was not murdered by him but by someone else who fled while he was in the bathroom.  He claimed that his sexual interaction with Meredith was consensual and that he fetched towels to try and staunch the blood that was flowing from her wounded body.  He did not call for help and he fled to Germany within days of her body being discovered.

No evidence against Sollecito

If the semen is identified as having belonged to Amanda Knox’s boyfriend Raffaele Sollecito, that would place him in Meredith’s bedroom at the time of her death.  No evidence has done this so far.  The prosecution claims that Sollecito’s DNA was found on Meredith’s bra clasp that was kicked around the floor of her room for 46 days before being collected, handled and dropped again by officers using dirty gloves.  There is no way that this evidence could ever meet international standards and it has been  trashed by independent experts.  Evidence that the semen was his would have irrefutably proved his involvement.  Yet it was not tested and there is still no evidence against Sollecito.  This is Italian justice today.

If the semen has the DNA signature of an as yet unknown male, this would lend credibility to Guede’s claim that he was not the murderer, yet his defence did not press this point, which brings us back to the first supposition, which is that it is Guede’s semen, they knew this and kept quiet.  This omission does not explain the prosecution’s failure to test – unless they had already tested and knew the answer.

What does a pro-prosecution source say?

There is a pro-Knox/Sollecito guilt commentator on the internet, variously called Machiavelli or Yummi.  Unconfirmed rumours suggest that he is close to leading pro-guilt reporter Andrea Vogt.  His comments and predictions have showed that his thinking is uncannily similar to that of the prosecution, so close, in fact, that he may be briefed by them.  He was so prescient in what he penned ahead of this year’s Supreme Court decision to reopen the case that he could almost have written it.

What does he have to say about the semen stain?  He has written about it for a prominent pro-guilt website (I quote Machiavelli in italics and follow each quote with my own comments):

“I think that whose semen it is, it is actually irrelevant to the case against Sollecito and Knox.  Its irrelevance is actually a key point to the decision, in my opinion. If the stain is Guede’s, that would certainly not be exculpatory to the other two, as long as there is evidence against them.  If it’s Sollecito, that would just convict him; but he is already convicted; he is appealing, and the previous judge thought the evidence was sufficient, the prosecution must be sure about their case with no need of further searches, while from an exculpatory or defence point of view relevance must be discussed within in the existing evidence or within what discredits them.  And if the stain is a third person’s, that would be a useless complication. If it’s not semen, it’s a waste of time.”

He ties himself in knots, trying to justify not testing a key piece of evidence.  There is no credible evidence against Sollecito, yet Machiavelli states that if the semen is Sollecito’s this fact would not make any difference because he is guilty anyway!  This further sentence is absolutely breathtaking so I am printing it again: “If the stain is a third person’s, that would be a useless complication.”  This is Italian justice today.

“A search on the stain is basically useless to the case for whoever is looking for exculpatory evidence, if it’s Guede’s it’s irrelevant, if it’s Sollecito it’s unnecessary, or it should be tested only if judges or prosecutors feel not confident about the evidence.”

There is no evidence against Sollecito so why is the stain not being tested?  The prosecution must already know the answer.  Think about it for a moment.  Forty-six days after the murder they had nothing on Sollecito, so they had to go back to a compromised crime scene and retrieve a contaminated bra-clasp when Sollecito’s DNA was never found on the bra.  This bra-clasp evidence looks like more than mere contamination, but let’s pass over that.  If the semen was Sollecito’s they would have nailed him for sure, yet they did not even test it.  This is Italian justice today.

“Moreover, a secondary point: we also need to bear in mind that this is the Knox-Sollecito trial, not a trial against Rudy Guede, and must not become a trial of Rudy Guede; this means that you should not investigate something if you consider it just most likely to be evidence against Guede or if it would tend to turn the trial into a trial against Guede (the likely defence purpose).”

If the stain has not been tested, we do not know whether it is Guede’s or not.  What the investigators ‘consider’ (i.e. think they know by intuition) should come a long way behind actually testing a sample that is sitting right in front of them, when the results of that test could prove the guilt of a suspect or could even be used to identify a new and as yet unknown suspect.  This is Italian justice today.

The Kercher family continue to say that they want answers so that they can understand exactly how Meredith died.  The Perugian investigating authorities remain determined to ensure that they do not get those answers.

Since this article was published there has been much further discussion on the subject of the semen stain.  Two comments from the Injustice Anywhere site are worth repeating so I have copied them here.

“What is amazing is that testing or not testing something that was right under Meredith’s body is open for debate. It shows how, in Italy, they make the rules up as they go along. I am amazed that people around the internet are actually defending the idea that this should not be tested.”

“Defence forensics expert Prof Vinci apparently had the opportunity to examine the pillowcase using Crimescope lighting. It’s important to understand that Crimescope is not merely a simple UV light: instead, it can tune and filter light across the wide spectrum from IR through visible light through to UV, and this ability to tune the light source can isolate particular substances.

Apparently, Vinci’s Crimescope analysis indicated that the stains on the pillowcase were a) made in bodily fluid (probably either saliva or semen), and b) were liquid at the time around the crime, since there was smearing of the fluid by one of Guede’s bloody shoeprints also on the pillowcase. The smearing, in particular, is important, since it effectively time-stamps the fluid to coincide with the murder and its immediate aftermath.

If this is correct, then it’s clearly in the interests of justice to test the stains properly to establish definitively whether they are of probative value to the investigation. If they turned out to be Sollecito’s semen, then I personally would change my view to guilt for both Knox and Sollecito immediately. If they turned out to be Guede’s semen, then in my view this further demolishes Guede’s version of events, and tends to count in favour of Knox/Sollecito. If it’s Meredith’s saliva, then it’s of no real value to the investigation. If it’s a third party’s semen, well……..

Personally, I think it’s either Guede’s semen or Meredith’s saliva. It would be nice to know for sure though. And I can’t understand why the appeal court would not feel the same way.”