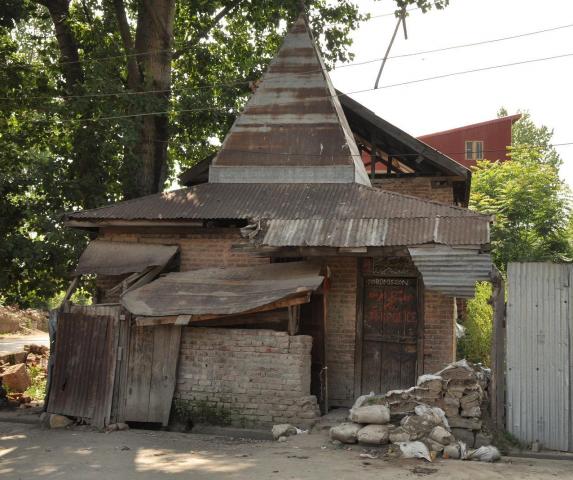 In a statement here today,  Jai Paul said that Shivala Mandir is in its original form. He said “I have personally visited the Mandir and found it in its original condition as it existed and no damage has been cuased to it” and dispelled rumours regarding alleged damage to the Mandir as totally unfounded adding that those responsible for spreading such rumour shall be dealt with sternly.

Jai Paul said that situation in Anantnag had improved and Amarnath Yatra is going on peacefully with the cooperation of the local populace. He said that, though the Amarnath Yatra commenced officially from today, yet about 10, 000 yatris reached Pahalgam yesterday, a day earlier. He said about 5,000 yatris have left Pahalgam for darshan of the holy cave today.

Meanwhile, the locals of Hurra Mohalla, Anantnag have also described the rumours about damage to the Shivala Mandir as baseless. They said that there is complete religious harmony in the locality where the Mandir exists.

The first batch of pilgrims to Amarnath Ji Yatra comprising 4471 yatris left for darshan of the holy cave from traditional route of Pahalgam today. Besides, 7000 yatris left from Baltal route for darshan. The administration has made elaborate arrangements to ensure that yatris perform hassle free darshan at the holy cave shrine.  The enthusiastic yatris have expressed satisfaction over the arrangements enroute holy cave.  The two month long Amarnath Ji Yatra commenced from today with great religious fervour and gaiety.

In Sangarsh Samiti had given call for Bandh on July 3. Addressing media persons after meet of all its constituents of Sangarsh Samiti at Geeta Bhawan Convener Brigd'(retd.)Sucheet Singh said in view of the present situation prevailing in the kashmir valley where tourists are being attack by the anti nationals ,attack on  temple in Anantnag , demoralising the security forces,Sangarsh Samiti called for Jammu bandh on 3rd of July We feel that it is a planning to disrupt Sh.Amarnath Yatra 2010 by separatists in the valley  we have decided to call for Jammu bandh on 3rd of July in a meeting which was attended by all the  constituents of Sangarsh Samiti.