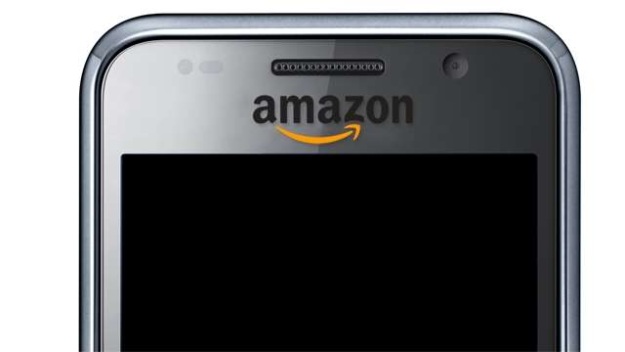 About a month ago, The Wall Street Journal reported that Amazon was going to release a smartphone. As the process continues, the tech-savvies, bloggers and other experts started to speculate what will Amazon offer? Soon we were exposed to a couple of leaked photographs of the highly anticipated Amazon smartphone. And after a month, we know that the phone will make its big debut on 18th of this month.

We’ve seen the pictures, we think we know what the Amazon smartphone will look like, however, the company hasn’t confirmed any of the leaked images or the teaser. With most of the world’s population divided between Apple and Samsung, Amazon has till now successfully maintained the secrecy of the features and the looks of the phone. However, to launch a smartphone and compete against industrial giants is a huge task to undertake, and Amazon is doing its job fearlessly.

So, now we are back to the same old question, What will the Amazon smartphone offer that we haven’t already seen yet? As difficult as this question may seem to answer, the rumors regarding the device say it all. According to reports, the Amazon smartphone will not only feature a 3D interface, but also will sport multiple front facing cameras. Now, the thought of more than one secondary cameras certainly increases our level of excitement to see this device.

All The Way To 3D

When we talk about the specifications of a device, we always start with the display or the UI of the device, since it seems legit. According to the teaser video released by Amazon, the customers and potential buyers of the Amazon smartphone are dumbfounded by what they  see.

Basically depicting a smartphone so much superior to others that you run out of words and let yourself admire the beauty of a gadget which is obviously stunning and gives an out of the world experience. Another clear indication that the upcoming Amazon smartphone will feature either a 3D interface or a 3D display.

We assume that the effects the people in the Amazon video experience is the same parallax effect that Apple had added in its iOS 7 for the icons, except that Amazon features a much more advanced effect.

3D but without the glasses

When we refer to the 3D interface or display, most of you may assume that it is the 3D effect we experience in Television and movie theaters. However, it is not!

One could assume, that the speculations about 3D UI refer to the eye-tracking User Interface which was confirmed by the people in the video who said “It moved with me”

Here, when you tilt the phone or your head you will feel a 3D effect of icons on your screen.

Many companies have in the past tried to develop a literally 3D technology for mobile users, however, it failed. Amazon will not make that mistake.

Imagine how the icons move with your glare. Now, imagine how cool gaming will be with this technology. If Amazon inculcates a superior level of 3D UI in its smartphone, gamers across the world will be happy, and non-gamers would instantly find themselves addicted to games.

The 3D technology can only enhance the whole gaming experience for its users.

To Sum It Up

While an array of various features can be enhanced and simplified with the help of 3D technology, we can only enlist them all once the phone is out in the market. A numerous possibilities await as Amazon will release its smartphone on the 18th of June. The smartphones may be revolutionized with this big release.

Filed under: Gadgets, Lifestyle
Share Tweet Pin G Plus Email
previous article: Russia’s Yota Devices looks to Collaborate with Reliance Jio
next article: Problems at the CIA are systemic and reflective of a total lack of leadership and initiative at its senior most level