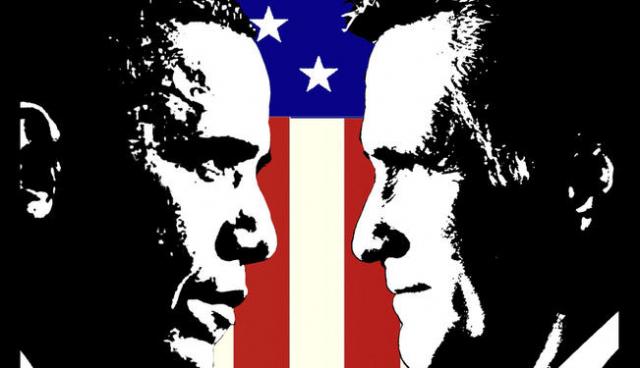 With 14 days to go until Election Night, things are getting rough between the two candidates. More attack ads, more criticism and… Mitt Romney trying to find a peaceful end of the Campaign season between him and The President. After almost a year of fighting, denying and flip-flopping the Presidential Campaign has come to an end, last Night at Lynn University,Florida. It was the last Presidential Debate for President Obama and could be a game changer for both candidates. Especially for Governor Mitt Romney. Recent Polls have shown that one of the most important states in the Country, Florida, is deeply divided. 47% Romney to 47% Obama.

But what have we learned from last night’s debate. After Obama’s rather unspectacular and quiet performance at the first debate and his way too aggressive performance at the second one, he finally seems to have found the right mixture. Too bad it was his last presidential Debate, though. Have we learned anything new? No! It was the usual "Obama Campaign" talk that we got to know over the last couple of months. “You say that you’re not interested in duplicating what happened in Iraq, but just a few weeks ago you said you think we should have more troops in Iraq right now. You’ve said that first we should not have a timeline in Afghanistan then you said we should. Now you say maybe or depends, which means not only were you wrong, but you were also confusing and sending mixed messages both to our troops and our allies," he said when he was asked about the return of our troops from abroad. The only significant difference between last night and previous debates was the packaging. Obama was trying hard to find the balance between his "Offense" and "Denfese"strategies. Recent Polls show that his performance convinced 48% of "undecided" voters, who say he had the best debating style. But 51% say Mitt Romney is the better leader.

And You have to admit, Governor Romney was the only candidate who had a constant performance during all of his three debates. “I have clear eyes on this. I’m not going to wear rose-colored glasses when it comes to Russia or Mr. Putin and I’m certainly not going to say to him, ‘I’ll give you more flexibility after the election.’ After the election, he’ll get more backbone," the Governor said when he was asked about recent comments he made. Mitt Romney is a serious debater, but he never gets offensive, unlike Vice President Biden who delivered the most disrespectful behavior in the history of vice presidential debates. Now the 2012 Campaign has come to an end and we’re waiting for November 6th.

But Let’s not forget, Both Candidates want America to succeed, Both men have plans to get America back on track. The only difference between the two candidates is, that they have different ways to achieve their goals. So before you go out there and vote for your favorite, let me remind you of the great values that made us the Nation that we are today. This is not the Republican States of America, the Democratic States of America or the undecided States of America. We’re one nation and when things get tough we stick together to find a way out of our misery and if we can’t find a way then we’ll make one.