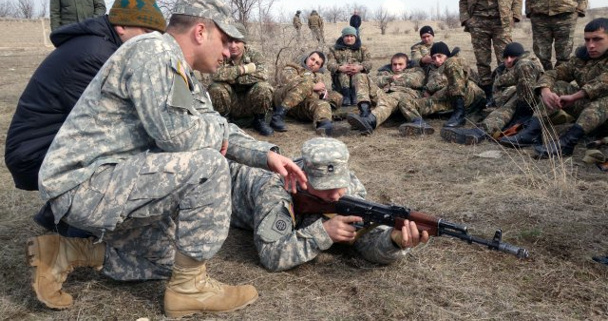 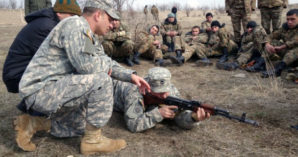 US Army trainers instructing Syrian rebels who would later join the Islamic State of Iraq and the Levant, or ISIS, were trained in 2012  at a secret base in Jordan – dozens of these future ISIS members were trained at the time as part of covert aid to the insurgents targeting the regime of Syrian President Bashar al-Assad in Syria. A policy that has now blown up in the face of the President – who now has to launch airstrikes to kill some of the same fighters we had trained? Only in America is such an insane policy even imaginable.

On September 10, 2014 Rep. Sam Johnson of Texas asked for and was granted permission to address the United States House of Representatives for one minute regarding the ISIS threat:

“Mr. Speaker, this summer America has witnessed the horrific actions of ISIS as it marched into Iraq as part of its mission to create an Islamic state.

Tomorrow Americans remember the 13th anniversary of the 9/11 attacks. As we remember all those we lost that day, let us also remember the hard lessons those attacks taught us: that we must always be vigilant in protecting the American way of life and all that we hold dear.”

A policy that has been roundly criticized by many in Congress already as a foolhardy attempt to overthrow governments in the Middle East is disagrees with politically.

So far the civil war in Syria has laid claim to over 1 million deaths and also uprooted some 6.5 million people from their homes, forced 2.7 million to flee the country, laid waste to cities and towns alike, and unleashed sectarian hatreds that have rippled across the region.

See shocking report:  Has the Obama administration ever armed ISIS with lethal weapons? Inquiring minds would like to know! https://groundreport.com/has-the-obama-administration-ever-armed-isis-with-lethal-weapons-inquiring-minds-would-like-to-know/

See also: US was responsible for training ISIS in Jordan http://www.youtube.com/watch?v=yhuo7-U7mOo

Note: We called Rep. Sam Johnson office in Washington D.C., to inquire if he was aware that the US was the ones who trained ISIS fighters to begin with. His staffers were absolutely indignant at such an allegation and refused to take it seriously, eventually hanging up on us, apparently thinking it was some sort of sick joke – we wish it was to tell you the truth.