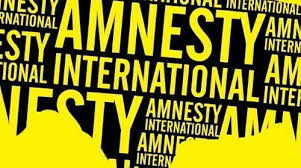 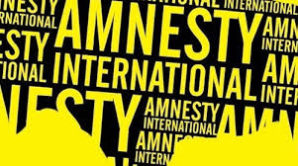 To a deep regret, the extensive and perpetual attacks of Russian propaganda on Ukraine, which fights for independence and its right of European choice involving all its human and material resources, were supported by the respected international organizations such as Amnesty International and Human Rights Watch. I am referring to the report as of July concerning certain prisons of the Security Service of Ukraine (SSU) and another recent report which states that part of “the secret detainees of these prisons” under their pressure was dismissed. The activists of both these honorable organizations confirm that the SSU have for several months unlawfully detained and subjected to tortures 16 persons. The activists report the written evidence of several allegedly relieved from the SSU secret prisons who claim being subjected to fiendish tortures.

The Russian media was delighted to catch the information revealed by Amnesty International and Human Rights Watch. They presented this idea tastefully and in colors stressing that Ukrainian colleagues permanently denunciate them for lie whilst currently the brutality of Ukrainian security officials has already been uncovered by foreign nongovernmental organizations. The SSU is depicted as a monster taking after the repressive bodies of the totalitarian regimes of the 20th century. So far hardly anybody points out that these are manifest conjectures. Here are several facts confirming fake nature of the overblown scandal.

First of all, based upon the text of the report, that is nothing but the position of the Amnesty International and Human Rights Watch, as far as the representatives of the organization didn’t apply to the SSU for obtaining the official information on specific persons which, according to them, were unlawfully detained. Therefore their records may be based on the appeals of those suspected in relations with separatists. Thus, impartial assessment of actions of the security officials is impossible in principle.

Secondly, the SSU immediately responded to the report of the activists of the human rights organizations proposing joint cooperation to verify existing information; however, public response of the Amnesty International and Human Rights Watch was never received. The results of further verification have no importance for them. After all, they have already made their own findings, enabling them to prove importance of their work in face of donors. It creates a constant impression that international human rights organizations in such case are more interested in a scandal than in objective investigation.

The SSU authority denies blankly the practice of unlawful freedom deprivation of suspected persons. Chief of the Administration of the Head of the Security Service of Ukraine refutes the information of the human rights organizations about the “secret prison” of the SSU in Kharkiv and release of 13 persons from there. In his interview to one of the Ukrainian channels (“112. Ukraine”) A. Tkachuk declared that “information about the ‘secret prison’ in Kharkiv is unfaithful… We have indeed a subdivision in Kharkiv – Pre-Trial Investigation Provision Unit where the SSU investigators work with detained and suspected persons. (…) There are no conditions to detain people.”

He also pointed out that on behalf of Vasyl Hrytsak, the Head of the Security Service of Ukraine, the inspection has already been initiated and if any evidence confirming the information from the report of human rights activists is obtained it shall be submitted to the prosecution.

On September 5 Ukraine is to be visited by the delegation of the UN Subcommittee on Prevention of Torture. According to Aleksandr Tkachuk, the Head of the SSU has signed all the documents, all the orders required from the SSU to that end. In other words, he has given all the powers to the delegation members to visit not only detention facilities but any other SSU premises as well in order to put away all insinuations and speculations in these issues.

Let’s wait for the findings of the UN delegation in order to be convinced either in rectitude of the Amnesty International and Human Rights Watch activists or in the fact of plain defamation of the SSU based on the subjective opinions with a view to catch fancy of their sponsors.

Filed under: News, Politics
Share Tweet Pin G Plus Email
previous article: Benefits Of Enjoying A Rainfall Shower Head
next article: 2 Dental Conditions Which Are Easy To Avoid If Only You Follow These Simple Rules