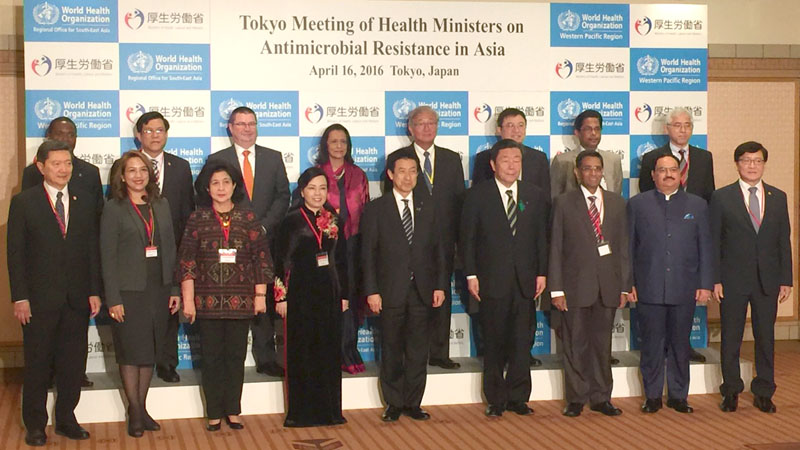 Tokyo (PIB-GR-TYP-BIN): AntiMicrobial Resistance (AMR) is not merely a health challenge or a threat to health security, but is also a development challenge with significant and serious economic consequences. The Union Health and Family Welfare Minister Mr. J P Nadda stated this in his address at the Asian Health Ministers meet on Antimicrobial Resistance, in Tokyo on April 16.

The Health Minister reaffirmed India’s commitment in the global collective efforts towards combating AMR and stated that “as we look forward to the UN High Level Meeting on AMR later this year, we should reaffirm existing commitments and focus on mobilizing the necessary resources for the implementation of AMR national action plans in all countries”. Also present were Health Ministers from WHO South East Asia Region and Western Pacific Region countries.

Mr. J P Nadda pointed out that since different countries are at different stages of economic development, prescribing uniform achievement objectives for combating AMR must be accompanied by a sustained effort of supporting those in more need with human, technological and financial resources through domestic, bilateral and multilateral channels. “Besides, we must also ensure that both existing and new antimicrobials, vaccines and diagnostics are accessible and affordable for all”, he added.