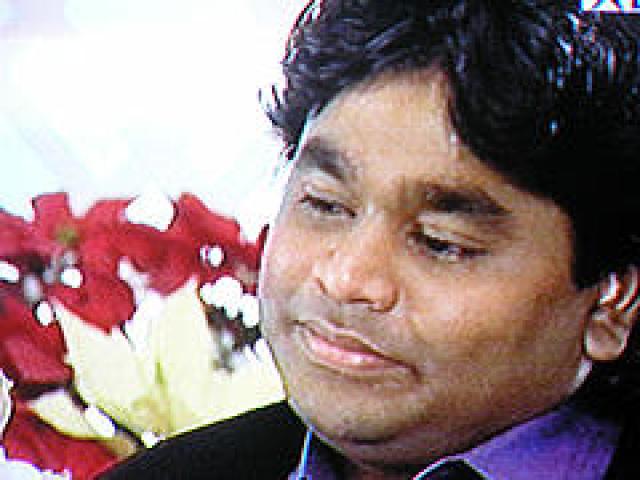 A. R. Rehman the nominee for an Oscar award for his music in the film, Slum dog Millionaire is from my city Chennai, India. He has already won the Golden Globe award 2009 for best original musical score for the same film. I ‘m proud to say that I’m an ardent fan of A. R. Rehman.

This music legend A. R. Rehman lost his father when he was just 9 years old. His father was a musician too. A. R. Rehman showed extraordinary skills on the key board when he was a school-going boy. He began to work as a key board player with great Tamil film music directors such as Ilaya Raja during his teen age.

Then he started to compose music jingles for famous advertising companies in India. In the early 90’s he got an opportunity to compose music for the film “Roja” directed by India’s top film director Mani Ratnam. After that, there was no looking back for this musical genius.

Here is the video of one of the songs from his first film Roja.(This music was very different at that time)

Here is another song that made every one to dance.

Here is another song with totally different music.

Here is the video of his song from Oscar nomination Slum dog Millionaire.

A.R.Rehman is a perfectionist. He never compromises his music for anything. He bagged many Tamil Nadu state awards and national awards. He came into international limelight with his music in the film, Slum dog millionaire.

He practiced Hindu religion till he converted into Islam in 1989. He was not popular then. He is a firm believer of God.

Whenever he gets a new award he humbly says “all the glory to God”.

I’m sure A.R.Rehman would reach greater heights in international music. This music wizard has millions of fans around the world. Every Indian is proud of A. R. Rehman.

I love his music. I love him more as a person. He has silently engaged in many social service activities. He is a great key board player, good guitarist and pianist. He is one of the best film music directors India produced. He is also a very good singer.
I’ m sure with the grace of God, Rehman will win the Oscar in 2009 for his music score in Slum dog Millionaire.

ABOVE ALL, HE IS A GREAT HUMAN.