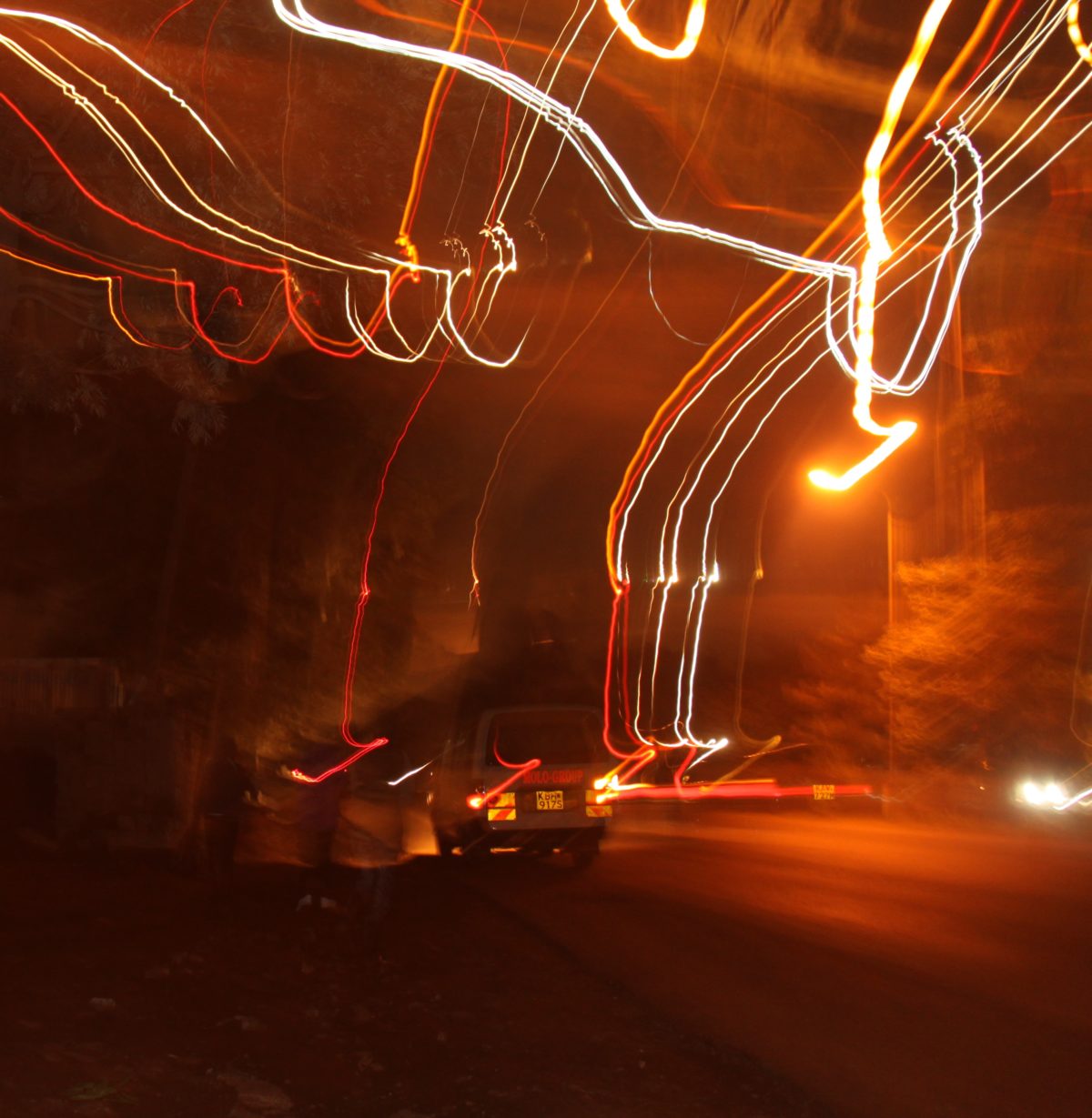 I have never risked my life like I did the other day. When I got into this Nissan Hiace, I felt some otherwise disturbing discomfort. I had traveled a day earlier to this new place and as usual, I was still recovering from the Valentine’s Day aftermath. I briskly walked into the booking office and demanded a ticket to Nairobi. We were kept waiting for an unusual long wait before the truth was finally told. There was no bus going to Nairobi that evening. In fact the last one had just disappeared under my naked eyes.

What amazed me was not the fairy tale of the journey, but the one who was to deliver us to our destination. When we left Nakuru Town towards the usual police check point before entering the highway at around 6.38PM, all was well and I recall checking on the driver. He was indeed sober. What I fail to tell was his encroaching weird behavior just after the junction at Free Area. He began chewing some kind of stuff. I couldn’t imagine what kind of drug the driver was trying to be under influence, but I dismissed my suspicion simply because I knew I wanted to be in Nairobi so as I could report to work early the next day. Little did we know that he was getting entrenched by the substance?

When we got to Limuru swamp, some minutes after eight (which was so dramatic), he packed the Nissan by the road side. He whispered something to suggest that there was less fuel, ‘…kitu kama…mafuta inaederea kuisha…’ Mark you he had passed close to twenty Petrol Stations along the way. My colleague reminded me that they only do so, and halfway intentionally to save on their days’ catch…I didn’t mind. Earlier on, I had realised that the car wasn’t in very good order. I could hear some funny noises whenever he could apply instant brakes at his abnormal overtaking and the frequent overlaps he made, so scratchy they grew that I got a little bit scared. I thought this was just but mere modifications he had done to the speed governor as usual.

In a split second, he jumped off the wheel without even alerting us (passengers) of what was at stake. And without even ensuring that the handbrakes were in touch, he stretched his hand to open the door from the outside. At that particular moment, a Tipper Tanker was descending from the opposite direction. Whaaaaat!! I can only remember the loud hooting and the scratching of the hydraulic breaks from afar! I knew I was gone. The episode reminded me one of my favorite songs, ‘If Love is a Crime, then I …’ by some 2face Idibia . The kind of noise I had could only be equated to what happens when that trailer meets the Toyota Prado in the song. Thank God that the second part of the song was never…or else, this would not have been written. A man who had sat next to him, who was a driver of his own, had surprisingly done the unexpected! He had saved 13 lives at a touch of the handbrakes!. I wish I met him once again. He should be crowned my hero.

With a two litre Elianto container, the driver had disappeared with a Pikipiki man towards Limuru Town. Everyone was so worried that as we had decided not to get out of the vehicle at that particular hour of the night and at that famous spot, a point mostly known for the unending crimes against humanity, everyone jumped out. I called Flozzy to remind her of my safety.

His disappearance had nothing to worry me in any way. What was at stake was the safety of the equipment I had in my possession. An XA10 Video Camera, a tripod stand and my usual still camera, all from the Canon Company and which belonged to the organization I work for. And as usual, for anyone in my field who knows what I mean, nothing could have possibly stopped me from doing my freelancing to photograph. I decided to report on the incident the first thing in the morning. I also chose to remain silent behind my camera and took the shoot. Only death as I had seen it come head on would probably stop me from doing this.

The other excruciating pain within me was the fact that I had paid double the price from Nakuru town simply because the Mololine Services Ltd that I am used to working with had left me and the only remaining cab they had was to take a maximum of 14 passengers. I was the 15th. I decided to remain back and look into plan B. In fact, the Receipt man handed me back my four hundred shillings when I insisted that I was to spend the night in the City. He also handed me a note to check with the Molo Group Services whose reckless driver nearly cost my life!

I swear if I was the employer of the driver of this Nissan, I would fire him before he even landed on Waiyaki Way where he was to drop me. I had alighted some kilometers from White House in Regen for fear of my life. This man is a great risk to travelers on that deadly road. I walked home in so much a hurry that I thought the Nissan was following me. And whenever I recall of that evening’s experience, I serious get scared of travelling down to Nakuru like nothing else. 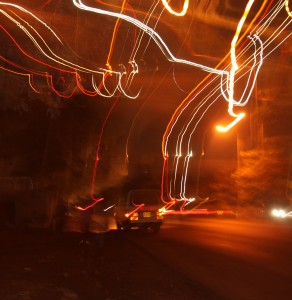 This is the Nissan on Waiyaki Way, opposite Mountain View Estate after I alighted.