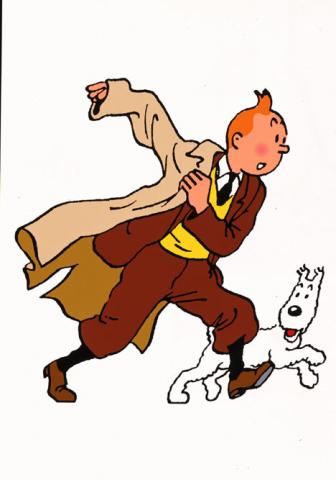 But how is it that the strip adventure reporter has become such a monumental success figure in Europe,while he is barely known in the U.S.?

All societies reveal themselves through their children´s books.

The European love affair with Tintin reveals more than most.

The Economist magazine notes in a long article on the Belgian journalist who is a star here,but virtually unknown on the other side of the Atlantic ocean.

The newspaper notes that the books of Tintin and his adventures contain all possible qualities and ingredients for a pleasant excitement.

That may explain its success,but not why they – unlike many other adventure stories – survived in all years.

Nor does it explain why he is so unknown both in the UK and the U.S.

The explanations should be sought in history and not in culture,according to the Economist magazine,which among other things,looking back to the year 1949.

Then,a broad political group in France set up a law that ban the children´s books in which,inter alia,cowardice,mendacity and laziness wa produced as positive things.

A law that Tintin never has been broken.

During the World War II left deep scars of the tragedy,guilt and shame in Europe,are not the same in the U.S.

It is that heroes should have the power to act as Tintin lacks,they will destroy the enemy.

In this way,Tintin is a very European hero.